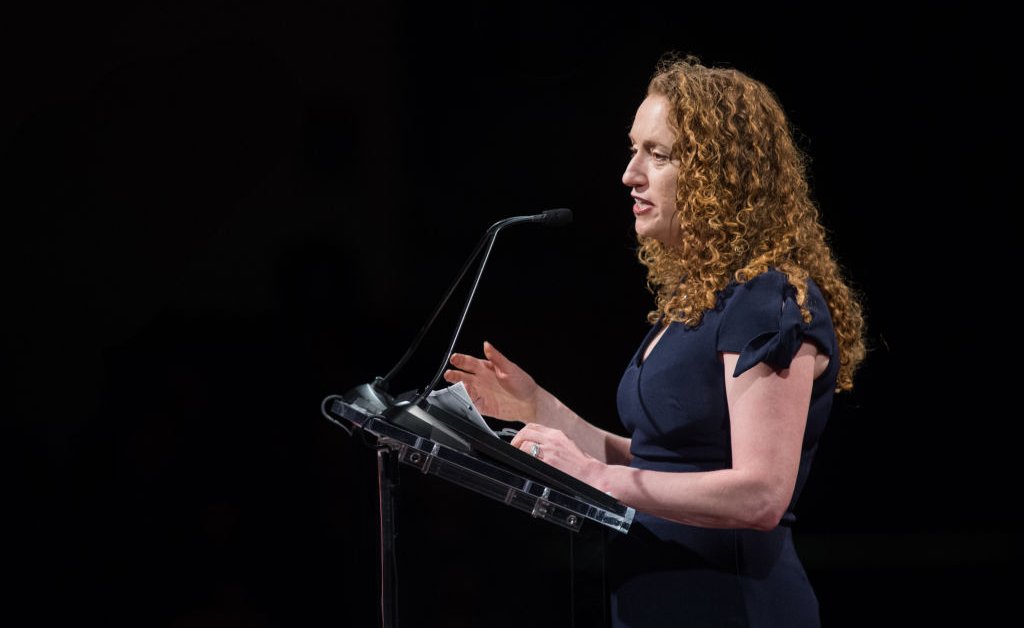 For advocates of free expression, 2020 has been a deeply troubling year. In recent months, federal officers have been deployed to American cities, and the ongoing pandemic has brought a dangerous new dimension to the battle over false information online. Abroad, a draconian new national security law has silenced dissent in Hong Kong, while Maria Ressa, a journalist and 2018 TIME Person of the Year, was convicted of cyber libel in June. The implications of those events are not lost on Suzanne Nossel, CEO of PEN America, a nonprofit that supports writers and journalists and advocates for free expression rights, and author of the new book Dare to Speak, which came out July 28. Nossel sat down with TIME to discuss her book and the state of free speech in the U.S. and around the world.

Are you concerned that freedom of expression is under threat in the U.S.?

Absolutely. I think it’s under profound threat. The President has made clear if it were up to him, he would have responded, and may still respond, with violent force to suppress protests. We have federal officers being sent to American cities against the wishes of mayors and local officials. Peaceful protesters are being menaced on the streets. The President just called for postponing the election. We’re at a perilous moment. And this comes against the backdrop of a pattern of violations of the First Amendment in terms of threats against journalists and efforts to suppress books from publication. This is a President who is prepared to run roughshod over the expressive rights of Americans. And that makes the First Amendment, the courts and the conviction of citizens to assert and uphold their rights extremely important right now.

From a free speech perspective, how should we reckon with comments, some even from the highest levels of government, that are seen as encouraging violence against protesters?

Incitement to imminent violence is not protected by the First Amendment. But what I would underscore is the reason why we have been so wary of government intrusion on freedom of speech. We see right now, given who’s in power, how that authority is being misused. It’s only because that power is constrained by the Constitution that free expression rights are still alive and well. While people can imagine a wise, measured government exercising their authority to suppress hateful speech, there’s no guarantee that that’s the government we’ll be dealing with. It’s not the government we’re dealing with at the national level right now. That’s why I make such a strong argument in my book that increased government power to police speech is not the answer.

Twitter has recently censored one of the President’s messages for “glorifying violence.” Can we trust social media platforms to police public speech?

I think we have great reason to be leery of aggressive policing of speech by private internet platforms. We know that they’re profit-making entities, that they have their own ideologies, that they cut corners when evaluating speech, and that their business model often privileges the most incendiary and viral types of speech. On the flip side, we see the grave dangers of speech that is weaponized in the digital realm, whether it’s disinformation that can pollute our democracy, quackery and conspiracy theories relating to COVID-19, or cyber-bullying and online harassment. So the question becomes, how can we move forward with a much more robust effort to contain those ills without impairing freedom of expression? I think one of the keys is transparency. We need to understand how these companies are going about content moderation. Individuals whose speech is silenced or whose accounts are disabled need to be told why, and need an avenue of recourse.

Why did you decide to write a book delving into issues around inclusiveness and freedom of expression?

In running PEN America I confront these issues day in and day out, and I came to feel I was beginning to see patterns and in some cases paths forward that could help break through some of these really pitched conflicts and help people recognize what the other side is talking about. I felt like putting this down on paper and trying to offer a set of principles might enable us to collectively deal with these issues more constructively.

How has the coronavirus pandemic affected PEN America’s thinking on freedom of expression?

We have been working on disinformation and misinformation for nearly four years, but mainly in the political context, and the COVID-19 pandemic has really illustrated just how dangerous false information online can be. But it’s also pointed in a hopeful direction in that [social media] companies have been more assertive in trying to eradicate false information and amplify credible sources. This points to a way these companies can direct users toward trustworthy sources on other topics as well. On the flip side of it, during this period the companies have also stepped up their reliance on artificial intelligence as opposed to human content moderation. There’s concern that there could come a sense of license for companies to vastly increase their reliance on automated moderation. When it comes to political speech, that’s very dangerous, because it’s so context specific and I don’t think artificial intelligence, certainly not now and maybe not ever, will be able to arbitrate the line between what speech ought to stay and what ought to go.

Free speech seems to be under assault abroad. Is there anything we can do?

This is a moment of democracy in retreat and authoritarianism on the rise. Reversing this trend will depend first off on a turnabout in the U.S.’s own backtracking on commitments to democratic and constitutional principles. When people see journalists being brutalized in the streets of American cities and arrested while covering protests, and see individuals being pulled into unmarked cars, it becomes very difficult to criticize governments around the world that resort to those tactics. So the abdication of leadership in Washington has created an enabling environment for authoritarianism around the world. But that’s not the main cause. You have countries, and I put China at the top of the list, that do not ascribe to democratic principles. As China becomes more powerful, they see a huge opening to promulgate their systems of surveillance and information control. The situation in Hong Kong is particularly poignant because it’s such a vibrant, democratic culture with world class universities, a robust media landscape, dynamic politics, a rising generation of civically minded young people showing leadership in inspiring ways. And all of that right now is being snuffed out.

Can we count on this administration at all to uphold U.S. commitments to free speech around the world?

I fear we have forfeited all credibility when people see a President who is retaliating against the press, when they witness professional news organizations like the [U.S. Agency for Global Media] being subject to punitive purges where staff is fired and political overlords are installed in their place, where the President threatens the use of violence against peaceful protesters. I think people around the world do recognize that this administration’s approach is anathema for many Americans, and is a repudiation of what we have stood for imperfectly but more or less consistently for many decades. And the U.S. can in the future play a role in defending free expression rights and press freedom rights around the world, but our position is very much compromised right now.