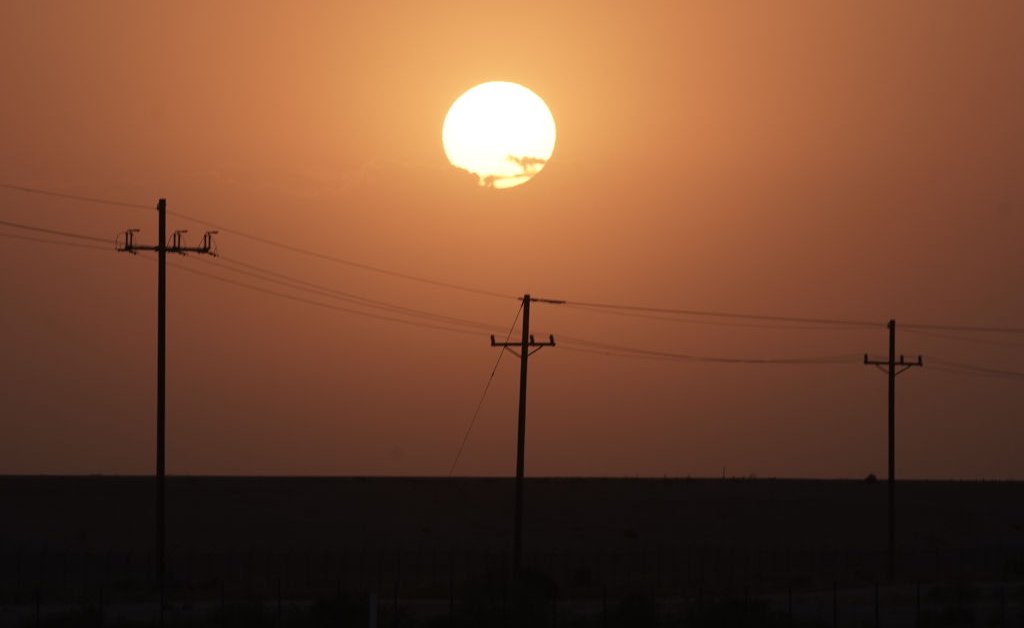 As many as 9 million Californians could lose power Sunday in the biggest rolling blackouts in state history.

The California Independent System Operator, which runs most of the state’s grid, declared a Level 2 emergency — the last step before ordering power cuts — after a power plant and a transmission line carrying power from Oregon to California went down unexpectedly. Northern California electricity prices jumped to the highest level since January on the outages.

“Based on the current forecast and without significant conservation efforts, rotating power outages are likely throughout the state” until 9 p.m., the California ISO said in a statement.

The crisis comes just three weeks after an August heat wave triggered California’s first rotating blackouts since the 2001 energy crisis and fueled hundreds of wildfires across the state. As climate change contributes to more extreme weather, the region’s heat, wildfire and blackout woes are only getting worse.

The Department of Energy earlier issued an emergency order allowing several more power plants to produce as much electricity as possible over the next seven days, even if doing so would otherwise violate anti-pollution rules.

In the meantime, wildfires are wreaking havoc on the grid. The Creek Fire in the Sierra Nevada Mountains has scorched 45,500 acres and has not been contained. More than 200 people were airlifted Sunday from a popular camping area in the region. Yesterday, the blaze knocked out transmission from a hydro plant, while a fire in Southern California cut off a solar farm, the California ISO said. Together, the blazes sucked 1.6 gigawatts from the power system, enough to power 1.2 million homes.

About half of that had been re-connected by midday Sunday — and then another fire in Southern California cut out 500-600 megawatts.

Wholesale electricity prices in the southern part of the state earlier spiked to the highest level in nearly a year, diverging sharply from prices in Northern California.

At the state grid operator’s request, the Energy Department said it was authorizing power plants in the City of Industry, El Segundo and Long Beach to run at their maximum output levels — even though it may unleash additional air pollution. In a statement, agency spokesperson Shaylyn Hynes said California policymakers should “evaluate why the grid is not able to handle extreme stress, which could be alleviated with the support of greater baseload power generation and natural gas supply.”

One thing that has made California’s grid so vulnerable to soaring demand is the state’s rapid shift away from natural gas. About 9 gigawatts of gas generation, enough to power 6.8 million homes, have been retired over the past five years as the state turns increasingly to renewables, according to BloombergNEF. That leaves fewer options when the sun sets and solar production wanes. The state’s utilities have commissioned large battery packs to pick up the slack, but most of the batteries haven’t been installed yet.

The Los Angeles Department of Water and Power reported Sunday that some of those who lost power could be without it for 36 hours. Some of LADWP’s equipment was running at 200% of capacity due to the extreme demand for power, and the high night-time temperatures weren’t letting the gear cool off.

Utility giant PG&E Corp. which powers much of Northern and Central California, warned on Saturday that it may decide to cut power to about 103,000 customers in parts of the San Francisco Bay area and Sierra Nevada foothills starting late Monday to keep its power lines from igniting fires. Hot, dry winds are forecast to blow across the region, threatening to knock tree limbs into power lines.

This is the first time PG&E has warned of shutoffs during this year’s fire season. Last year, when California’s utilities first began carrying out widespread blackouts like this, some homes and businesses were left in the dark for days. That drew outrage from state and local officials, triggered investigations and prompted PG&E to reassess the scope of future shutoffs.

The utility’s weather models show that warm, offshore winds will develop Monday evening on the heels of the heat wave. The soaring temperatures will further dry out grass, bushes and other vegetation, PG&E said.

Years of deadly fires started by PG&E’s wires in wind storms forced California’s largest utility to declare bankruptcy last year. The company emerged in July after agreeing to pay $25.5 billion to settle wildfire lawsuits. The state has since set up a wildfire liabilities fund, essentially an insurance pool for the region’s utilities, but just one catastrophic blaze could wipe it out.

–With assistance from Jennifer A. Dlouhy and Brian K. Sullivan.