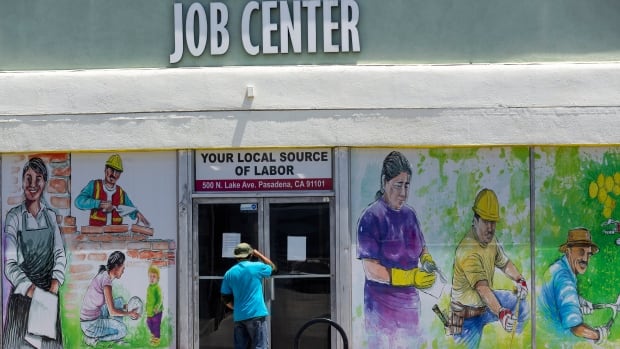 Negotiations over another coronavirus relief bill continue, the No. 2 Democrat in the U.S. House of Representatives said as a federal jobless benefit was set to expire on Friday with no sign of a deal between the White House and Democrats.

“We’re going to be negotiating every minute that is possible,” despite the Republican-led Senate’s adjournment for the weekend, House Majority Leader Steny Hoyer told MSNBC in an interview.

Lawmakers and the White House are at odds over efforts to further shore up the economy and manage the novel coronavirus pandemic that has left tens of millions of Americans out of work and killed at least 152,384 people in the United States.

The CARES Act in March included a provision for an additional $600 US in jobless benefits for those eligible, with an expiry date of July 31.

The White House on Friday sought to put the onus on Democrats in Congress for a failure to renew the benefits, saying they had rejected four offers put forward by the Trump administration without countering.

“What we’re seeing is politics as usual from Democrats on Capitol Hill,” White House chief of staff Mark Meadows told reporters. “The Democrats believe that they have all the cards on their side and they’re willing to play those cards at the expense of those that are hurting.”

But several Democrats took to social media urging Republicans to act, as well as criticizing leading Senate Republican Mitch McConnell, who late Thursday sent the chamber home for the weekend without reaching a deal to extend the extra cash.

“Senate Republicans are letting the $600 federal unemployment insurance benefit expire today,” tweeted New York Sen. Kirsten Gillibrand. “This is the only thing keeping many American workers afloat during this crisis. We need to rectify this and pass an extension, now.”

Mitch McConnell and Senate Republicans are letting the $600 federal unemployment insurance benefit expire today. <br><br>This is the only thing keeping many American workers afloat during this crisis. <br><br>We need to rectify this and pass an extension, now.

Virginia congressman Don Beyer posted tweets from constituents who have contacted him to communicate how vital the relief has been.

“Without that money, I cannot cover the mortgage and keep food on the table,” one Virgnia woman said.

In a meeting on Thursday night between top White House officials and congressional Democratic leaders, negotiations focused on an extension of the expiring unemployment benefit.

According to a person familiar with the closed-door negotiations, the White House proposed reducing the $600 weekly payment to $400 for the next four months. While that was a move toward the demands of House Speaker Nancy Pelosi and Senate Democratic Leader Chuck Schumer, the source said they rejected it as insufficient.

On Thursday, Senate Republicans tried, without success, to pass a bill reducing the jobless benefit to $200 per week.

For weeks, McConnell has said that any deal with Democrats would require a shield for companies and schools from liability lawsuits as they reopen during the pandemic.

The source, who asked not to be identified, said the White House hinted that it could embrace a deal without that provision.

Besides the $600 “enhanced” payment, Democrats are seeking a wide-ranging economic stimulus bill that would include about $1 trillion in aid to state and local governments experiencing plunging revenues during the economic downturn.

In mid-May, the Democratic-controlled House passed a $3 trillion bill that the Republican Senate has ignored.

“We’re here, we’re on the phone. We will be negotiating with those who want to get to a reasonable place,” Hoyer told MSNBC.

Also set to end, unless lawmakers intervene, is a federal moratorium on evictions that has shielded millions of renters, although some Americans remain protected by similar state and local actions.