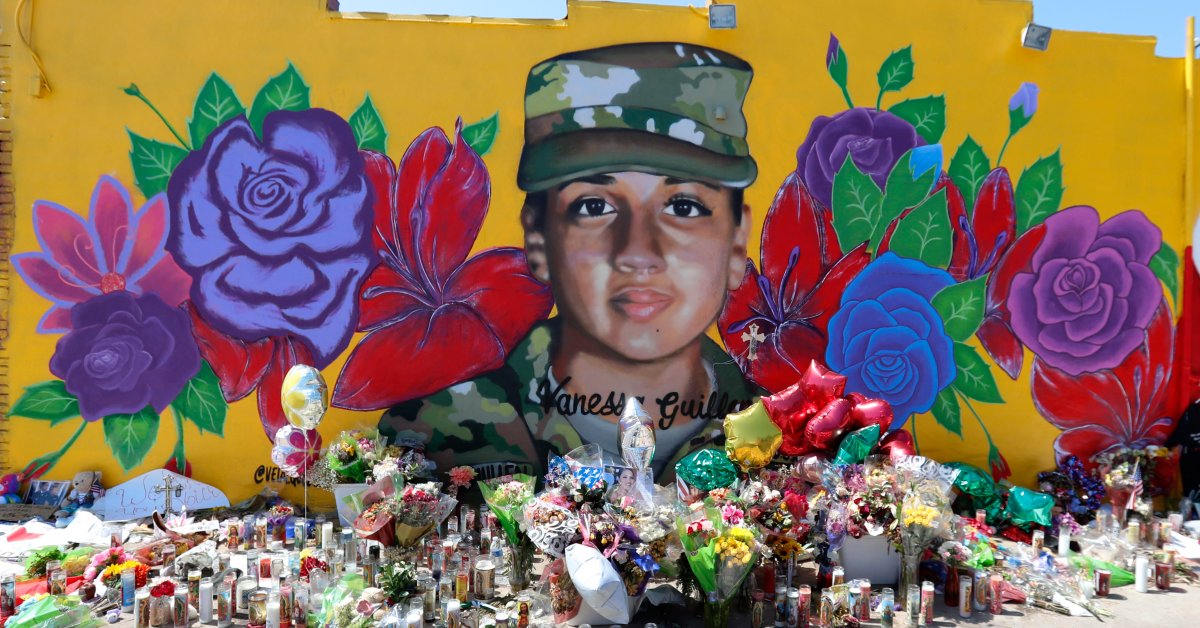 (AUSTIN, Texas) — U.S. Army officials announced changes in the leadership at Fort Hood on Tuesday amid what they said was a widening investigation into the slaying of a soldier at the Texas base that has prompted calls for the military to change the way it handles sexual abuse and harassment.

Maj. Gen. John B. Richardson IV will assume duties as deputy commanding general for operations of III Corps and acting senior commander of Fort Hood starting Wednesday, the Army said in a statement. Army officials said the change was previously scheduled to “enable continuity of command.”

Richardson has been commanding general of U.S. Army Forces Command and was selected for his new position at Fort Hood in March, according to Army officials.

The Army also said Tuesday that it would be announcing a new leader of the 1st Armored Division in the coming days. In August, Army leaders delayed the planned transfer of current Fort Hood senior leader Maj. Gen. Scott Efflandt to Fort Bliss, near El Paso, Texas, to take over leadership of the 1st Armored Division, amid the ongoing investigation into whether there were systemic problems at Fort Hood. Command of a division is a key step in an Army officer’s career.

When asked during a call with journalists Tuesday whether Efflandt would still be going to Fort Bliss, Army officials said only that he would remain at Fort Hood for the remainder of the investigation into Fort Hood leadership.

Gen. John Murray, commanding general of Army Futures Command, has been selected to “lead an in-depth investigation into the chain of command actions related to Spc. Vanessa Guillen,” the Army said Tuesday.

Guillen was bludgeoned to death by a fellow soldier at the base and was reported missing on April 22, according to a federal complaint. Her remains were found July 1. The soldier suspected of killing her took his own life when confronted by police assisting in the investigation.

Guillen’s family and the family’s attorney, Natalie Khawam, have said that Guillen was harassed by the soldier accused of killing her, Spc. Aaron Robinson. Army officials said in July that they have evidence she may have been harassed by others at the base but had no evidence on Robinson.

In a statement Tuesday, Khawam said that while the command change “is a small step in the direction for justice, this does not and will not address the issue of accountability.”

Murray will be working with all aspects that are being investigated related to Guillen’s death to create a “complete and comprehensive investigation that will delve into all activities and levels of leadership,” according to Army officials. The investigation will look at the response from Fort Hood leadership between the time Guillen went missing and when her body was found.

Murray’s investigation will be separate from the independent review of climate at Fort Hood.

In a Tuesday press call, U.S. Army Secretary Ryan McCarthy said they had seen numbers from a recent survey of 53 soldiers from Fort Hood and that 18 of them had reported some type of harassment or assault. He said he these numbers were presented to Congress and are part of a growing trend of rising violence at the base which Army officials began to notice this year.

“In the late spring, we started to see the number trending higher, right around the time of Vanessa Guillen’s murder,” McCarthy said.

McCarthy said in August that Fort Hood has among the highest rates of murder, sexual assault and harassment in the Army but did not provide specific statistics on it or other bases.

Acacia Coronado is a corps member for the Associated Press/Report for America Statehouse News Initiative. Report for America is a nonprofit national service program that places journalists in local newsrooms to report on undercovered issues.