Two Black Men Were Returning a Truck at a Florida Strip Mall. The Owners Shot at Them 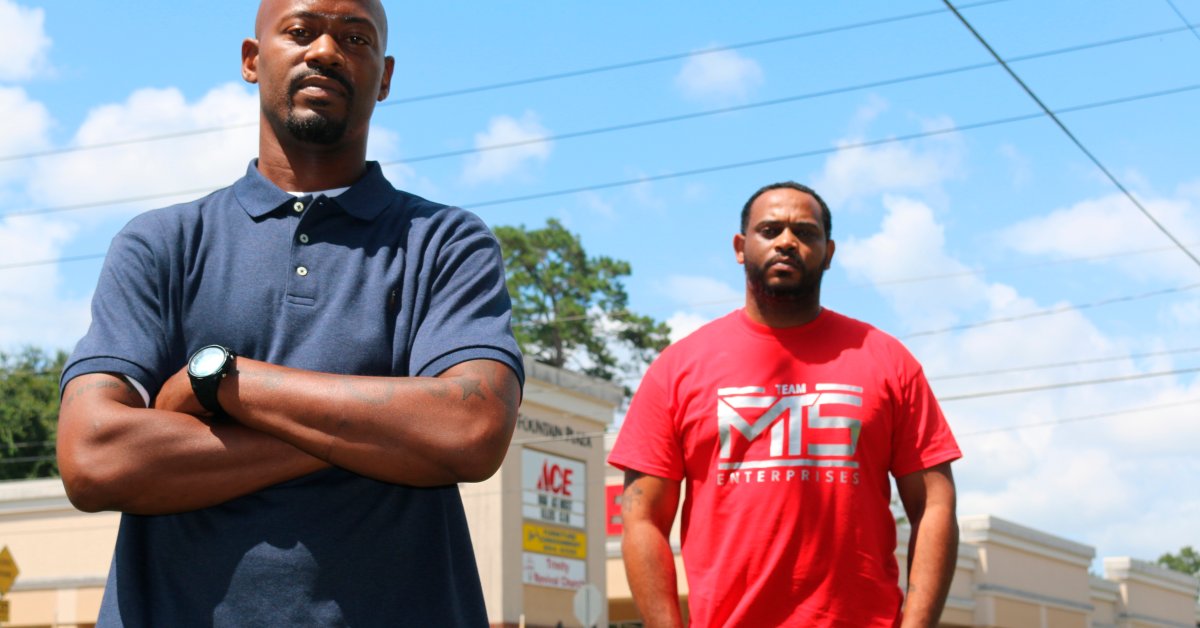 (TALLAHASSEE, Fla.) — Minutes after pulling into a Florida strip mall parking lot, gunshots rang out in the darkness. Charles McMillon told his 10-year-old son and another passenger to take cover. McMillon, who is Black, said a white couple approached with guns in their hands. That’s when he put his pickup truck into full throttle and sped away in panic.

There were no injuries from the encounter last Thursday in Florida’s capital city, but McMillon and his adult passenger, Kendrick Clemons, said they can’t help but wonder if the encounter would have been different if they weren’t Black.

“You got two white people threatening three Black people like they were law enforcement,” McMillon said. “If I had been white, with my white son and my white friend, things would have been different.”

The confrontation took place against a backdrop of nationwide protests over racial inequality and a growing fear that armed vigilantes are showing up to confront protesters. A shooting by a young man responding to protests in Kenosha, Wisconsin, left two protesters dead last month.

A police officer who witnessed the shooting in Tallahasee last Thursday arrested Wallace and Beverly Fountain, a couple in their 70s who own the strip mall where McMillon was returning a U-Haul van when the shots were fired. The Fountains appeared in court Friday on three counts of aggravated assault with a deadly weapon without intent to kill.

Clemons said he has been mindful of the Black Lives Matter demonstrations and is keenly aware that his skin color might put him in danger.

“They just assumed that we were criminals who fit the description and they began shooting,” he said.

The Fountains told authorities they were guarding the property because people had been siphoning gas from vehicles. They said they weren’t aiming at anyone, but rather firing into the air to scare away possible thieves.

Wallace Fountain declined to speak to The Associated Press. But in a brief interview with the Tallahassee Democrat, Beverly Fountain, who retired in 1996 as a secretary for the State Attorney’s Office, said the shooting had nothing to do with race. She denied even knowing McMillon or Clemons were Black.

“Were they Black?” the newspaper quoted her as asking. “We weren’t going off on that at all. You’ve got vandalism and theft going on at your property. Trying to protect your property—that’s the only issue.”

She said the incident was being “blown out of proportion,” adding that “the whole country has gone to hell with all these riots.”

Read more: America’s Past and Present Are Racist. We Deserve a Black Future

When Tallahassee police arrested the Fountains, they were found carrying several pistols, including a .357-caliber Magnum and a Glock 19. Officers also found a shotgun.

“Anytime there’s a case involving weapons and the discharging, this court is always concerned,” Leon County Judge Nina Ashenafi Richardson said. She ordered the couple to surrender their firearms while the case was pending but granted their release without bond, noting they had no criminal history and didn’t appear to be a flight risk.

During the Fountains’ first court appearance on Friday, Assistant State Attorney Doug Hall acknowledged that Fountain had previously worked for the State Attorney’s Office. But he said there was no reason for his office to recuse itself.

According to police, Wallace Fountain fired his Glock 19 possibly four times, while Beverly Fountain told police she fired her Magnum twice after hearing someone siphoning gas. The couple said they went to investigate, and that’s when they came upon the pickup carrying McMillon, Clemons and the child.

“He did not wish to cause harm, only scare the individuals who they suspected to be stealing gasoline,” the arrest report said.

Wallace Fountain said he never pointed the gun at anyone, although Clemons said he saw the gun pointed in their direction.

In the police report, the officer said he saw McMillon and Clemons arrive. “Their actions were normal, nothing out of the ordinary,” he wrote.

The men’s attorney, Charles Gee, likened the situation to acts of vigilantism, including the high profile-case of Trayvon Martin, the 17-year-old Black Florida teen who was fatally shot in 2012 by neighborhood watch volunteer George Zimmerman. Zimmerman’s father is white and his mother is Hispanic.

“The only difference here,” Gee said, “is that they’re alive to tell their story.”