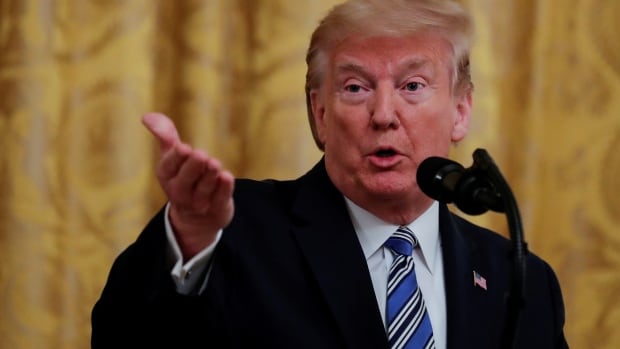 You can watch the final night of the Republican National Convention here at 8:30 p.m. ET.

With a confluence of crisis looming beyond the White House gates, U.S. President Donald Trump planned to stand on the South Lawn of the White House Thursday night to accept his party’s nomination for president, presenting himself as the last barrier protecting an American way of life under siege from radical forces.

Facing a fraught national moment, Trump was to paint an optimistic vision of America’s future, including an eventual triumph over the coronavirus pandemic that has killed more than 175,000 people, left millions unemployed and rewritten the rules of society. But that brighter horizon could only be secured, Trump was to assert, if he defeated Joe Biden, against whom he was set to unleash blistering attacks meant to erase the Democrat’s stubborn lead in the polls.

“At no time before have voters faced a clearer choice between two parties, two visions, two philosophies or two agendas,” Trump was to say according to speech excerpts confirmed by his campaign. “We have spent the last four years reversing the damage Joe Biden inflicted over the last 47 years.”

The Democratic agenda, he said, “is the most extreme set of proposals ever put forward by a major party nominee.”

As his speech brings the scaled-back Republican National Convention to a close, Trump risks inflaming a divided nation reeling from a series of calamities, including the pandemic, a major hurricane that slammed into the Gulf Coast and nights of racial unrest and violence after a Black man was shot by a white Wisconsin police officer.

An incumbent still trying run as an insurgent, Trump’s political playbook rarely includes calls for unity, even in a time of national uncertainty. He has repeatedly, if not always effectively, tried to portray Biden — who is considered a moderate Democrat — as a tool of the radical left, fringe forces he has claimed don’t love their country.

“The Republican Party goes forward united, determined and ready to welcome millions of Democrats, independents and anyone who believes in the greatness of America and the righteous heart of the American people,” the president planned to say.

Trump will take the stage on the South Lawn — only the second president to deliver his convention acceptance speech from the White House — convinced that he’s on the verge of righting the ship of his battered campaign. Most polls show him trailing Biden in both battleground states and national polling.

The president’s chief advisers say his campaign has been bolstered by the convention and by crisper messaging on the pandemic.

“Look, the American people like the president’s platform,” said Jared Kushner, White House senior adviser during an event hosted by Politico. “They like his policies. They want, you know, a president who’s going to be bringing jobs back to America from overseas. They want law and order. They want somebody who can keep their community safe.”

Trump’s speech comes one day after Vice-President Mike Pence forcefully defended law enforcement but made no mention of the Black Americans killed by police this year as he addressed convention proceedings that unfolded amid new protests against racial injustice following the latest shooting.

Pence argued that Democratic leaders are allowing lawlessness to prevail from coast to coast. He and others described cities wracked by violence, though protests in most locations have been largely peaceful.

“The American people know we don’t have to choose between supporting law enforcement and standing with African American neighbours to improve the quality of life in our cities and towns,” he said. He assailed Democratic presidential nominee Biden for saying there is an “implicit bias” against people of colour and “systemic racism” in the U.S.

WATCH | Pence told Americans they will not be safe if Joe Biden is elected:

Vice-President Mike Pence draws a sharp contrast between Republicans and Democrats, saying Democratic leaders are allowing lawlessness to prevail in cities from coast to coast. 36:33

“The hard truth is … you won’t be safe in Joe Biden’s America,” Pence said. “Let me be clear: The violence must stop — whether in Minneapolis, Portland or Kenosha.”

That drew a stern rebuke from his predecessor in the position.

“The problem we have right now is that we are in Donald Trump’s America,” said Biden on MSNBC. “He views this as a political benefit to him, he is rooting for more violence not less. He is pouring gasoline on the fire.”

Absent from Pence’s 37-minute speech: a direct mention of Jacob Blake, the Black man who was wounded by police on Sunday in Kenosha, Wisconsin. There was also no reference to George Floyd, Breonna Taylor or other Black people who have been killed by police this year, spurring a new nationwide protest movement.

One of Donald Trump’s longest serving counsellors, Kellyanne Conway, gave a speech in which she tried to humanize the president. 5:00

As their convention nears its conclusion, Republicans are seeking to reconcile their depiction of Trump as a smooth, stable leader with the crises the United States is facing, including the demonstrations, a hurricane battering Texas and Louisiana and a raging pandemic that is killing more than 1,000 Americans a day.

Trump told reporters after receiving a briefing at FEMA headquarters on Thursday afternoon that he had considered postponing his acceptance speech until next week because of the hurricane.

“But now it turned out, we got a little bit lucky. It was very big, it was very powerful, but it passed quickly,” said Trump, who added he’d likely visit areas impacted by the hurricane over the weekend.

Demonstrations were expected Thursday night in Washington, ahead of a march planned for the next day. New fencing set up along the White House perimeter was expected to keep the protesters at bay, but their shouts were likely to be heard on the South Lawn — and potentially by the millions watching at home.