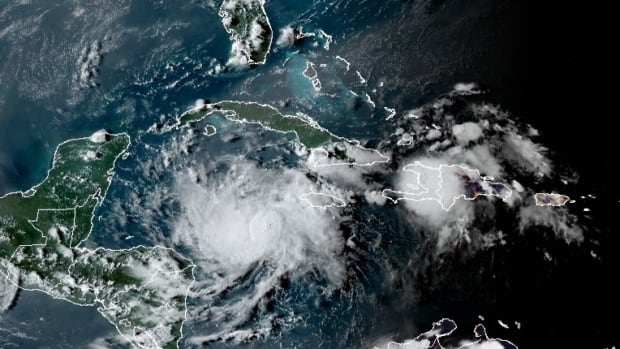 An Air Force Reserve Hurricane Hunter aircraft crew flew into Nana as it took shape south of Jamaica, recording maximum sustained winds of 85 km/h with higher gusts. Nana was moving west at 30 km/h on a path that could damage Central America on Wednesday and Thursday.

Nana and Omar are the earliest 14th and 15th named storms on record, beating the 2005 arrivals of Nate on Sept. 6 and Ophelia on Sept. 7, according to Colorado State University professor Phil Klotzbach.