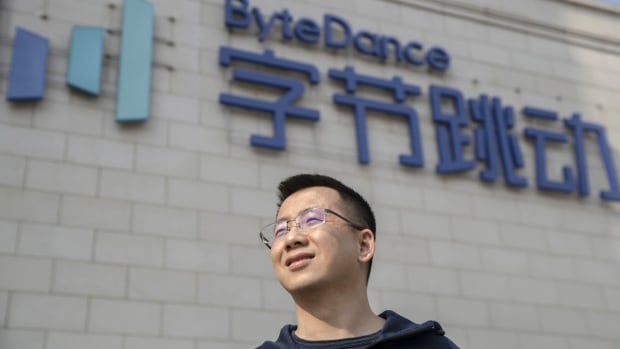 ByteDance founder Zhang Yiming told employees on Tuesday there were misunderstandings on Chinese social media about TikTok’s situation in the United States and that the company could face more difficulties as anti-Chinese sentiment rose abroad.

His comments in a letter to ByteDance’s Chinese employees came after the company and Zhang were heavily criticized on Chinese social media for entering into talks with Microsoft to sell TikTok’s U.S. operations.

Chinese media first reported the contents of the internal letter. A source confirmed the content of the memo to Reuters.

ByteDance did not immediately respond to a request for comment.

“I actually understand [the criticism],” Zhang said in the letter. “People have high expectations of a company founded by a Chinese person which is going global but have little information about it. With lots of grievances towards the U.S. government, they tend to lash out at us with harsh criticism.”

Since Monday, some users of China’s Twitter-like Weibo have said they would uninstall ByteDance’s Chinese short video app Douyin and news aggregator Jinri Toutiao because they believed ByteDance had given in too quickly to Washington.

Others urged ByteDance to learn from U.S. giant Google, which opted to pull its search engine out of the Chinese market in 2010 after China asked it to censor its search results, rather than selling off its Chinese operations.

Zhang said some people had misunderstood the U.S. situation. He said Washington’s goal was not to force a sale of TikTok’s U.S. operations through the Committee of Foreign Investment in the U.S. (CFIUS) but to ban the app, and there was a legal process ByteDance had no choice but to follow.

Zhang told staff on Monday in another internal letter that the company had started talks with a tech company so it could continue to offer the TikTok app in the United States.

U.S. President Donald Trump initially dismissed the idea of selling TikTok’s U.S. operations to Microsoft but changed his mind following pressure from some advisers and many in the Republican Party, because banning TikTok could alienate many young voters, Reuters has reported.

Zhang also told employees that over the last two years, anti-Chinese sentiment had risen in many countries and the company must brace for more difficulties in the current atmosphere.