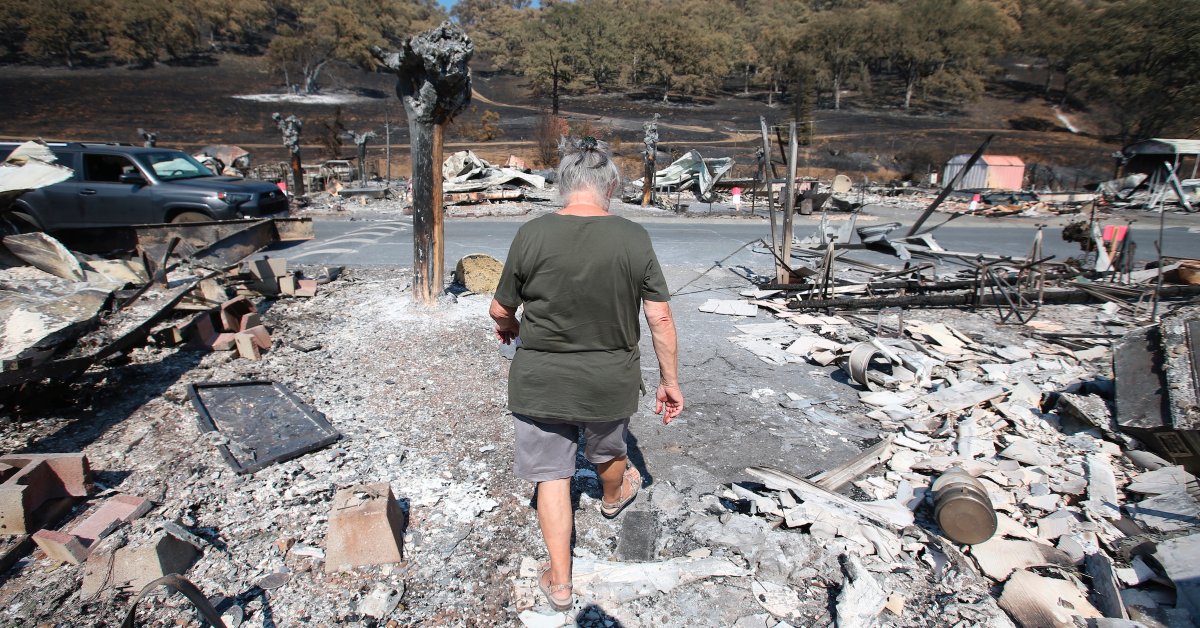 (SAN FRANCISCO) — California wildfires were slowly being corralled Friday as cooler, humid weather and reinforcements aided firefighters and tens of thousands of people were allowed back home after days of death and destruction.

In the past two days, evacuation orders were lifted for at least 50,000 people in the San Francisco Bay Area and wine country, officials with the state fire agency, Cal Fire, said.

In heavily damaged areas, crews were working to restore electricity and water so more people could return to their homes.

Around the state, hundreds of wildfires — coming months earlier in the season than expected — have killed at least seven people, burned more than 2,000 square miles (5,200 square kilometers) and pushed firefighter resources to the breaking point. Two are among the largest wildfires in recent state history.

In central California, a blaze burning in Sequoia National Forest in Tulare County prompted officials to order people living in several small communities to immediately evacuate Friday. Two fires in the area merged earlier this week and have scorched 37 square miles (96 square kilometers). They were burning with no containment.

Wildfires are so bad in the western United States that about 200 active duty U.S. Army soldiers are being mobilized to help fight them, said officials with the National Interagency Fire Center. This is the first active duty mobilization for wildfire support since 2018.

More than 5,900 square miles (15,280 square kilometers) have burned so far this year, and 105 large wildfires are burning across the western United States.

In California, about 170,000 people were under evacuation orders at the peak of the fires.

But a heat wave eased this week, and in the past few days cooler, more humid weather patterns slowed the spread of three massive complexes of wildfires in Northern California as aid poured in from out of state and California National Guard troops joined the fight.

Evacuation orders for more than 20,000 people were lifted over the past 24 hours in San Mateo and Santa Cruz counties, where a massive blaze caused by lightning was 27% surrounded, fire officials announced.

Three people reported missing in evacuation zones had been found, but there was a new report of one missing person, Santa Cruz County sheriff’s Chief Deputy Chris Clark said.

The fire has burned at least 575 homes. But the tally could rise, and about 52,000 people remained evacuated. Clark could not say exactly when they would be allowed back home.

In the eastern San Francisco Bay Area, a fire that has burned in seven counties was 40% surrounded.

Evacuation orders in the wine counties of Napa and Sonoma were lifted Wednesday for about 35,000 people who had been told to leave after lightning ignited dozens of blazes more than a week ago. The fire complex, which is 35% contained, has killed five and destroyed more than 1,000 buildings.