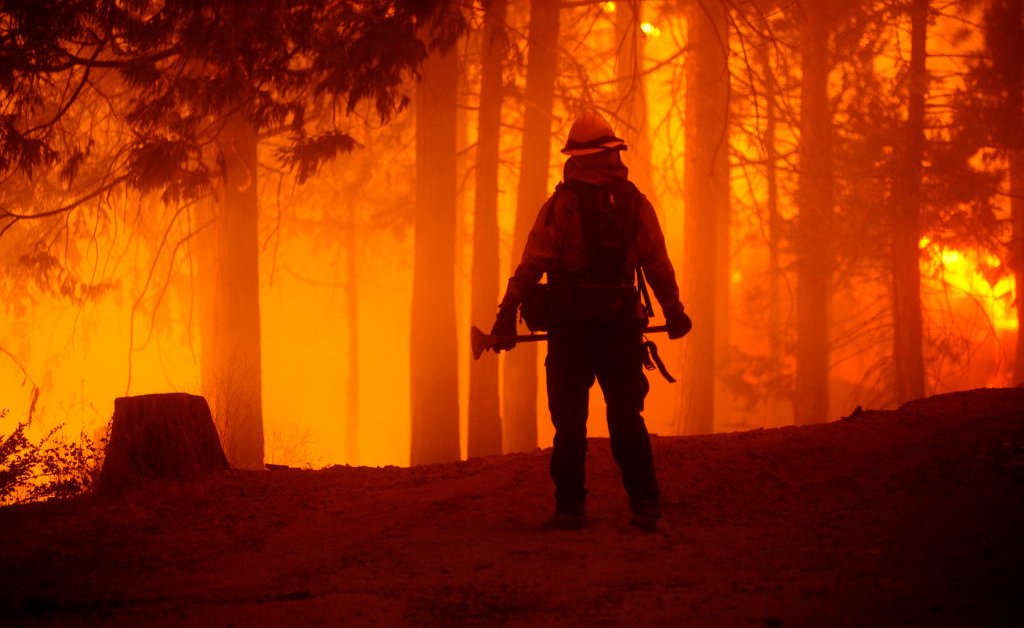 More than 2 million acres of land have been burned by wildfires in California as of Monday, according to state fire agency Cal Fire, surpassing the all-time record of 1.9 million set in 2018. Cal Fire and climate scientists predict that the number of acres burned this year will continue to grow with upcoming weather conditions, including continued heat and offshore winds.

“This is crazy. We haven’t even got into the October and November fire season and we’ve broken the all-time record,” Cal Fire Capt. Richard Cordova told CNN on Sunday.

A Monday statement by Cal Fire said it and fire departments across the state remain prepared for potentially more significant wildfires due to critical fire weather.

In a Friday tweet, climate scientist Daniel Swain of the University of California, Los Angeles, and the National Center for Atmospheric Research, predicted Monday’s new record. He tells TIME the prediction was not very impressive “since we were 95% of the way there on Friday.”

The state is experiencing another wave of record-breaking heat this weekend, and offshore winds beginning around this time of year—the Santa Anna winds in the south, and the Diablo winds in the north—are expected to spread fires further towards the coast of California, according to Swain, where most people live.

“All indications are that this fire season is going to continue to be worse than average,” Swain says.

With the large number of fires burning already, stretching firefighting resources, and the combination of a heat wave and offshore winds, “you don’t even need new ignitions, new sparks,” Swain adds. “These winds will push those fires in places where we don’t want them to go, close to where people live.”

On late Sunday, Gov. Gavin Newsom declared a state of emergency in five California counties, including Fresno, Madera, Mariposa, San Bernardino and San Diego counties. The largest un-contained fire, known as the Creek Fire near Fresno, Calif., has burned more than 78,000 acres as of Monday, according to Cal Fire.

Climate change has worsened fire conditions in the state, primarily by effecting the dryness of vegetation, Swain says.

One thing worth noting, Swain adds, is that huge numbers of acres burning isn’t inherently bad. “The problem is that the kinds of fires we’re seeing specifically right now are mostly bad fires because they’re occurring in close proximity to where people live,” he says. Historically, the state of California has tried to completely suppress fires, creating unnaturally dense forests that then become susceptible to more extreme weather events caused by climate change.

“The growing concensus among climate scientists is that more fire on the landscape is inevitable in the 21st Century,” Swain says. “What we want to do is decrease the number of acres that are burning at an extremely high intensity and the ones that threaten people’s homes and lives…And the way to do that might actually be to allow more of the other kinds of good fire on the landscape.”