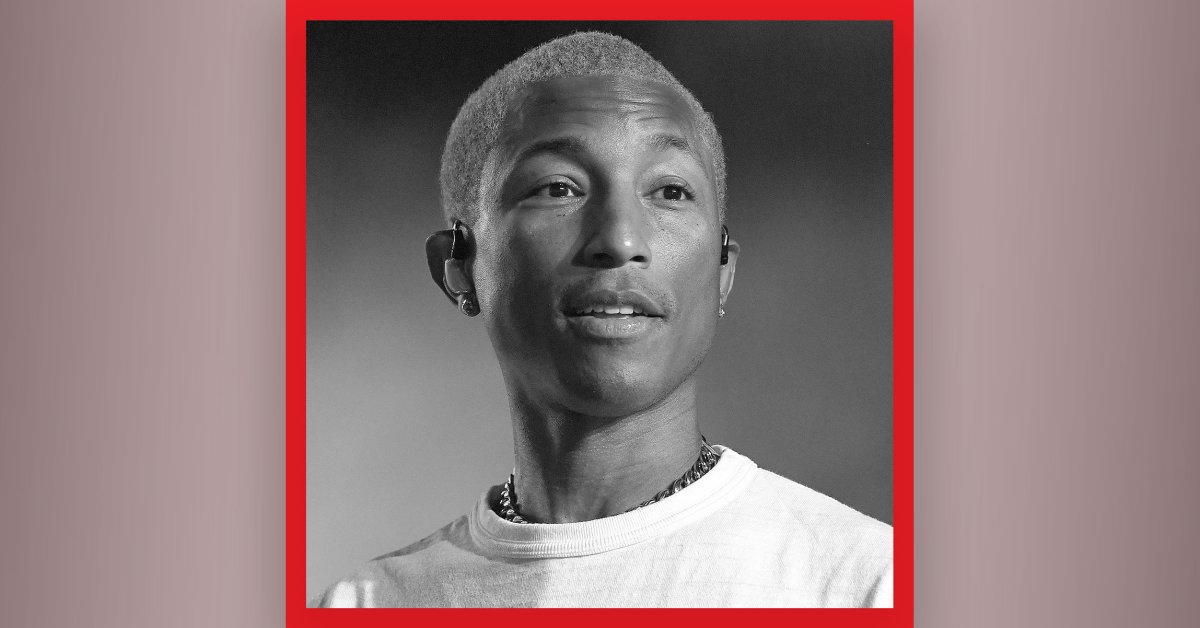 Pharrell Williams is a quintessential American success story: A Virginia Beach kid who worked at McDonald’s before building an empire of music, fashion, media and more.

But despite his own rise, Williams knows that many people of color, and particularly Black people, face systemic disadvantages that block their ability to achieve the same sort of success. This summer, galvanized by protests across the nation, Williams decided to address these inequities by curating a new issue of TIME Magazine, entitled The New American Revolution, and releasing a new song with Jay-Z, “Entrepreneur.”

“This was supposed to be a situation where ‘all men are created equal,’” he said in a TIME 100 Talks conversation on Thursday. “But if all men are created equal and the laws were supposed to uphold that, then laws that pertain to all these other pillars that are systemic issues for us–health care, education, legislation and even entrepreneurship–these things need to change.”

The TIME Magazine issue includes conversations with Angela Davis, Tyler the Creator, Naomi Osaka and other leaders across fields including politics, medicine and activism; they discuss America’s oppressive past and the potential for an equitable future. In explaining the genesis of the issue on Thursday, Williams tied the current moment of unrest to the one that led to the founding of this country. “It was no taxation without representation, and that’s the same thing going on here,” he says. “We don’t have proportionate access to education, health care, and representation. If you think about the lobbying that happens on Capitol Hill, it’s mainly for groups, organizations and companies. But how many companies do we own?”

Williams says these conversations take on increased importance as violence against Black people continues, as evidenced by the recent shooting of Jacob Blake in Kenosha, Wisc.. “I tried to give visibility and volume to people who are really doing it right now so that we can debunk these fears,” he says. “Can you imagine the fear that we’ve seen in the couple days being pushed to the American people? All cultures have their issues, but we’re the ones who are afraid. We’re the ones being shot and killed unarmed. This is really happening to us–This has always happened to us.”

Williams says there are many ways to fight for change. “There’s so many things that need to happen,” he says. “We need the marches, but then we need art. We need it in our health care. We need more architects. We need more representation in local municipalities. We need more business owners.”

Entrepreneurship is particularly important to Williams, who sees Black businesses as a way to lift communities. In the video for his new song “Entrepreneur” with Jay-Z, he spotlights many Black business and community leaders, from Beatrice Dixon, the founder of the feminine care line The Honey Pot Company, to Alrick Augustine, the creator of the South Central running club Keep It Run Hundred. “There are people out there, and we want to get them support,” he says.

And of course, Williams believes that artists should play a key role in forging a more equitable future. “I’d argue artists are psychics: they see things so far ahead that no one else sees, and they sort of translate,” he says. “Black art is very important during these times.”

Despite Williams’ disenchantment with the country’s past and present, he remains optimistic about its future. “These are stolen lands, built by swollen hands,” he says. “But I love my country because of its potential and its progression. We want this country to have laws that really reflect that it loves us. “