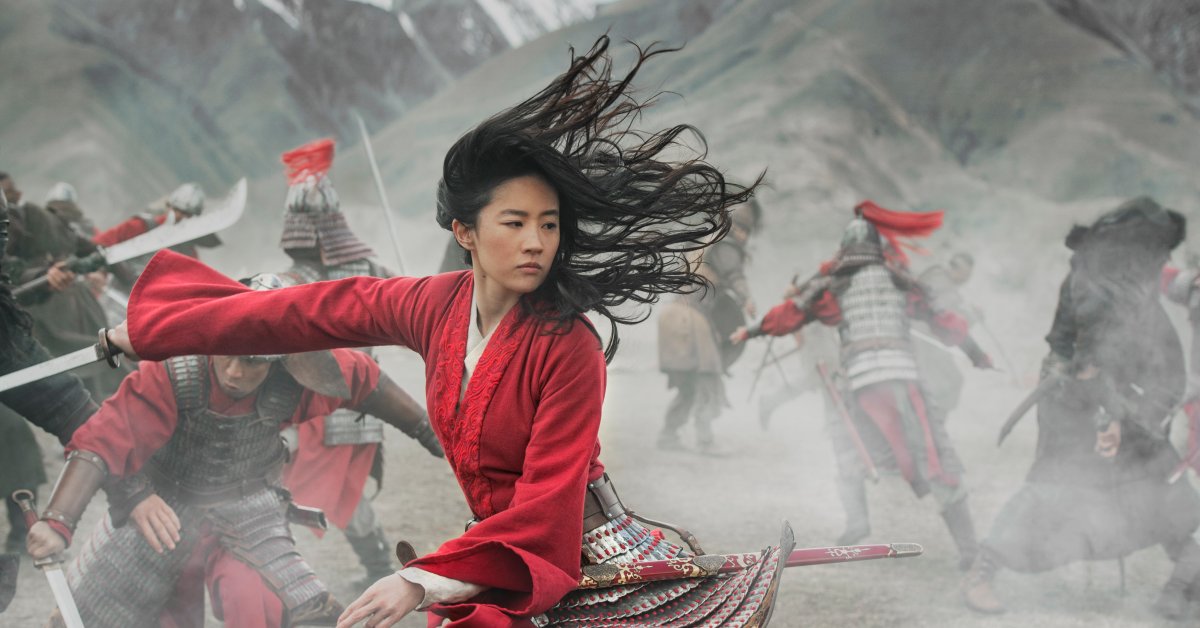 Murmurs of disapproval floated in from all the kingdoms of the land when, a decade or so ago, the Disney town crier made it known that the company was mining its catalog of animated classics for a number of live-action or photorealistic remakes and spinoffs. How many childhoods would be ruined retroactively? The sense was that movies held dear by previous generations—not just by Baby Boomers, but by Gen X’ers and Millennials as well—needed to be protected at all costs, not least from the company that brought them to us in the first place.

But several of the Disney remakes have proved to be perfectly delightful entertainments, inventive reimaginings of classic properties rather than dull, respectful carbon copies. If the 2019 photorealistic reworking of The Lion King lacked a soul, and Tim Burton’s Dumbo, also from 2019, reeked of garish excess, Kenneth Branagh’s Cinderella (2015) and Bill Condon’s Beauty and the Beast (2017), were both—in addition to being gorgeous to look—genially kooky in a way that made them feel fresh. If nothing else, the Disney remake complex has given some ambitious, intelligent directors a broad canvas on which to paint their fanciful squiggles.

Now, flying in from the East, comes Mulan, courtesy of New Zealand director Niki Caro (whose numerous credits include the fine 2002 family drama Whale Rider) and featuring a solid cast of Chinese and Chinese-American actors, some of whom haven’t been as prominent in American movies as they deserve to be. The good news is that Mulan is well shot and directed; the moderately bad news is that even so, it’s lacking some essential spark. It has a stately presence and an elegant bearing, and its cast is anything but negligible. But if you miss the gorgeous, fanciful art design of the 1998 animated original, you’re probably not alone. The new Mulan, which will be available to stream through Disney+ on Sept. 4, brings honor to its predecessor, but it’s somehow lacking in joy.

The story follows the basic template of the original, featuring a daughter who disguises herself as a man so she can go to war, thus preserving the dignity of her family. Liu Yifei stars as the heroine of the title, who’s seemingly too strong and too spirited for her own good. Her chi is strong, as her father, Zhou (the venerable Tzi Ma), tells her early on that as a child, she stops herself from slipping off a roof by executing a balletic airborne flip, landing solidly on her feet. As a young adult, she fails miserably when she’s gussied up and brought to the local matchmaker (played by much-adored Hong Kong film veteran Cheng Pei-Pei); when a spider scare at the table sends a china tea set flying into the air, Mulan’s stellar acrobatics allow her to catch every piece—though through no fault of her own, the whole thing ends up shattering anyway. Marrying well is the only way for a woman in Imperial China to bring honor to her family, and on that score, Mulan seems destined for failure.

Then the army of fearsome warrior Böri Khan (Jason Scott Lee) mounts an invasion. The emperor (a majestic Jet Li) announces that each family should send one man to war. Zhou has no son to offer in the fight, and although he’s already done his service as a soldier, and now walks with a cane, he steps forward as a volunteer. Mulan will have none of this. She steals her father’s sword, his suit of armor and the family horse. Disguising her gender out of necessity, she sneaks off to join the army. Her commander-in-chief (played by the great Donnie Yen) swears he’ll make men out of her and her fellow ragtag soldiers. Even if you haven’t seen the original Mulan, you can probably guess much of what happens next.

If nothing else, this Mulan, shot by gifted cinematographer Mandy Walker, is a handsome-looking modern example of the wuxia film, a type of fantasy martial arts spectacle that has been popular in Asia—and among enthusiasts in the United States—for decades. (For many U.S. moviegoers, Ang Lee’s 2000 Crouching Tiger, Hidden Dragon was an introduction to the genre, though it originated in China in the early 20th century and was reignited in the late 1960s by the Shaw Brothers Studio.) Mulan‘s color palette is traditional but thrilling nonetheless; the movie is a treasure box of gilt cinnabar and lanterns of glowing gold. The armor of the Chinese warriors is a soft, gleaming silver, the components lashed together with red laces. Visually, there’s a lot to take in, including accomplished stuntwork and graceful hand-to-hand combat sequences.

In fact, this Mulan methodically ticks every box—which may be the exact problem. Liu, striking in her flowing red robes, her ebony hair taking flight around her, is both charming and bold, as required. But she’s still outshone by a newly introduced character, a so-called witch with the power to turn herself into a majestic eagle. Gong Li plays Xianniang, somber and regal, a semi-villain whose supernatural gifts have caused her great pain. Whenever Gong is on-screen, the movie gets a jolt of vitality, a flash of energy that makes you snap to attention. Xianniang’s presence also gives the story a few more layers of complexity, beyond the expected “girls can do anything” message. But the idea of a rivalry between two women transforming into kinship isn’t explored as fully here as it might be.

This Mulan is solid and dutiful, like its heroine. It makes rebellion look like the safe, approved choice. Meanwhile, the alleged bad gal gets to soar like an eagle. If I were a little girl, I know which one I’d want to be.