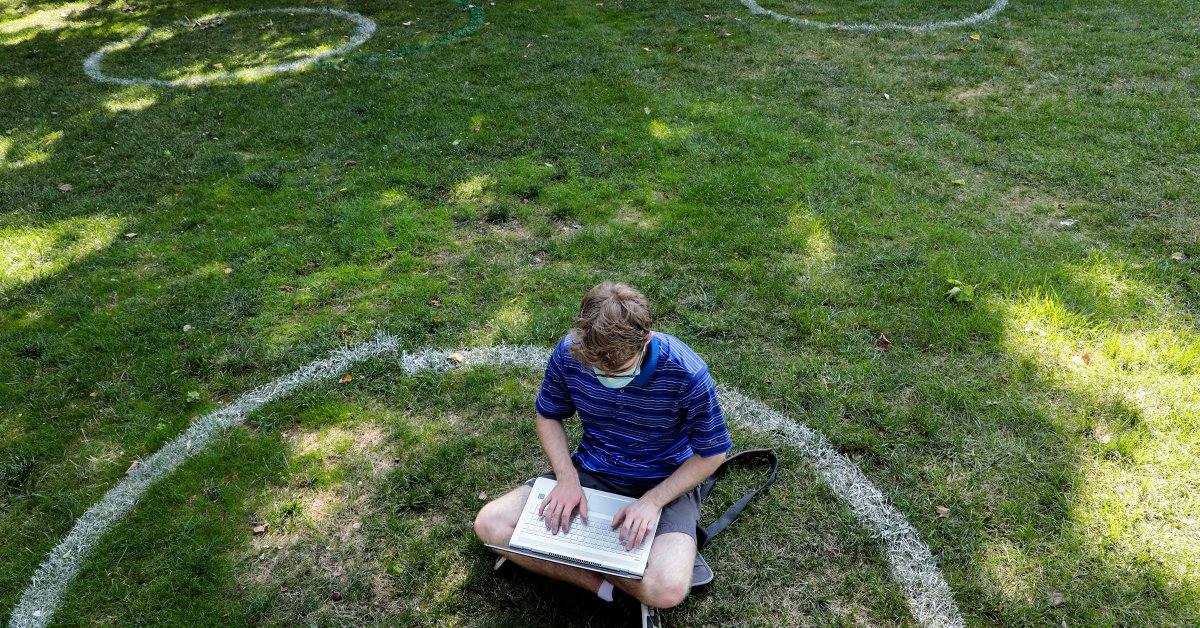 With the fall semester upon us, colleges and universities unveiled their plans for students—and many are just as quickly upending those plans. The University of North Carolina and Notre Dame recently announced they were changing their on campus plans as COVID-19 cases spiked. Many other universities are sure to follow. Already, universities ranging from Syracuse to Ohio State are suspending hundreds of students for violating social distancing rules, while COVID-19 outbreaks are on the rise on campuses such as the University of Alabama. While there is considerable variety in the actual plans, ranging from mostly in-person to all virtual, they all share one imperative: to maintain an economic model that is as imperiled by the pandemic as the hardest hit service industries.

Over the past decade, colleges and universities have taken on staggering amounts of debt to expand their physical plant and justify spiraling fees. The selling point for the most competitive residential colleges has been not just the education and the credential but the experience, and with COVID-19 and health strictures making a “normal” college experience all but impossible for now, these schools are left with the unenviable challenge of trying to ensure enough student revenue to keep the music going for the next year.

The result is failing at so many levels. The way most schools are structuring the next year compromises education, health and student life to the point where the next year is more likely to unravel the model rather than actually preserve it.

Community colleges, which are by and large non-residential can easily go online; students, mostly older and already in the workforce, are looking for a needed credential and can get them online fairly easily. But for the hundreds of selective and expensive four-year colleges and universities, the campus is part of the package. What’s the point of college without dorm life, cheering at sporting events, and soggy lettuce in the dining hall? What’s true for students is as true for the accountants who know that the economic viability of so many schools is determined by what happens out of the classroom.

Without at least some students in residence, the delicate and extraordinarily expensive armature of higher education could collapse. While administrators undoubtedly are also trying to preserve some of the college experience out of a deep commitment to their educational mission, most of these contortions (students on campus but still taking online classes) seem driven more by economic urgency than anything else. They also appear doomed to failure. Students will break the rules and be disciplined; morale will plummet; and even when students do comply, the educational experience will suffer, making all involved question why any of it is worth the vast amount of money require to attend.

Schools seem to be trying to solve the square peg and round hole problem by smashing the peg into the hole in order to shore up a revenue model that was already out of control pre-pandemic. By adopting a short-term approach, colleges are likely to create a backlash that will do nothing for them going forward and could hasten the collapse of their economic model that will be more destructive to students and these schools than just cancelling in person campuses entirely for the fall.

The economics of higher education are byzantine. Without students physically present on campus, it would be impossible to justify tuition, room and board that exceeds $70,000 at private schools and similar levels at state schools for out-of-state students. Much of the cost is not faculty and course offerings, as a recent report by the Century Foundation demonstrated. While many private schools do spend more than $20,000 on academics per student, more spend considerably less.

Yet, the experience for the next year is more punitive than rewarding. At most schools, students will have to sign a lengthy document binding them to an astonishingly restrictive set of rules, which if they violate can be met with immediate suspension or even expulsion. Here’s one sample of what Harvard students must commit to: “I will not have guests in my residential suite. I understand that “guest” herein means anyone not assigned to my residential suite….I will only access my own residential building and will not access other residential buildings.” It would have been more to the point, and more honest, had the document been labelled, “No sex please, we’re Harvard.” These rules are echoed across the country.

These rules run to many paragraphs at most schools, and if followed to the letter, entail a commitment by students attending college in the fall to live monastic lives. Given these pretzel-like contortions, it is hard to see what motivates the schools other than trying to preserve an imperiled economic model with a pseudo-opening. Most private and elite state-school charge between $10,000 and $17,000 a year for room and board. The costs of room and boards have risen even faster in the past decade than the cost of tuition, which itself has risen much faster than inflation. While some of the increase is driven by competition (who has the most variety at the school dining halls? You have sushi, well we have a charcuterie…), some is also part of the overall explosion of costs and the relentless demands of growth. And new dorms and residences along with student centers and activities in turn is part of the justification for tuitions of $50K a year. And one of the fastest growing cost-center for universities for the past decade has been layers of administrators to manage these increasingly complex ecosystems., which is then exacerbated by decreasing state-funding over the same period.

Being on campus is the college experience for these schools, without which it becomes difficult to justify and demand those fees. Once that unravels, so does the whole economic model.

Universities have been experimenting with online, streaming courses and lectures for the past decade, and some (such as Arizona State University) have already been implementing hybrid models long before the pandemic in order to make distance and life-long learning more feasible for older students who may be working full-time and trying to finish their degrees. But on-line education as the primary model is a fraction of the cost. A student can earn a degree via distance learning for a few thousand dollars a year.

For hundreds of four-year colleges and universities, the model then depends on residential life (either fully in dorms or in proximate off-campuses housing) and all the attendant bells-and-whistles: clubs, parties, extracurriculars, social life and group learning. On-line fees can never make up the gap. Going virtual is a partial pedagogical solution, but it opens up a host of economic problems that most schools are not yet able to confront.

The result for this fall and into 2021 will be an experience for many students that will be worse than if they stayed home, and if schools try to enforce even stricter rules when there are outbreaks, it will become even worse. The disillusionment combined with the on-again, off-again has already led to declining enrollments this fall. If this year goes as badly as now seems possible, it will likely hasten the very unravelling of the economics of higher education that universities and colleges are so desperate to avoid. Given uncontrolled costs, it may be that this reckoning was long-overdue and could lead to a new, more balanced ecosystem. But getting there will be arduous, and students for these next terms are likely to bear the brunt.