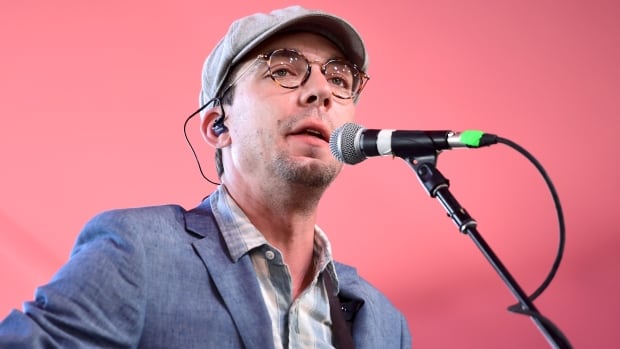 “It is with tremendous sadness that we inform you of the passing of our son, husband, father and friend Justin,” a post on Earle’s official Facebook page said Sunday night.

“So many of you have relied on his music and lyrics over the years, and we hope that his music will continue to guide you on your journeys.”

Earle had released his eighth album in May 2019, The Saint of Lost Causes, on New West Records.

“Justin was uniquely talented, and we are all devastated with this terrible loss,” New West said. “Our hearts are with his family and loved ones at this time.”

A cause of death wasn’t given.

LISTEN l Frightened by the Sound from 2019’s The Saint of Lost Causes:

Earle tapped into blues music as a source more than his acclaimed, Grammy Award-winning father but grew to embrace the legacy of both of his dad and cult singer-songwriter Townes Van Zandt, from whom he got his middle name.

That honesty extended to talking about his struggles as a teen, which included battling drug addiction.

“It was looking like I was on my way to being nothing but a criminal,” he told q. “Prison or dead were about my only options before I discovered I could write songs and possibly make a living at it.”

Raised by mother after parents divorced

In the same interview, he praised his mother, Carol Ann Hunter, who primarily raised Earle after his parents divorced.

Earle released an EP, Yuma, in 2007, with his first full-length album, The Good Life, following the next year.

His Harlem River Blues title track from 2010 was named song of the year at the Americana Music Honors and Awards.

Like his father, Earle could transition from personal songs of love and loss to character-driven sketches.

“On The Saint of Lost Causes, Earle inhabits a range of doleful, downcast characters who span our troubled land, from the cop killer on Appalachian Nightmare to the teen trying to escape bleak circumstances on Over Alameda,” Steveb Wine said in a review of the album for The Associated Press.

“Sending love and condolences to Steve Earle and the entire family of Justin Townes Earle,” wrote country artist Margo Price on Twitter. “He was always kind to me, and he’s gone too soon.”

“Had a lot of good times and made a lot of good music with JTE,” tweeted singer-songwriter Jason Isbell. “So sad for his family tonight.”