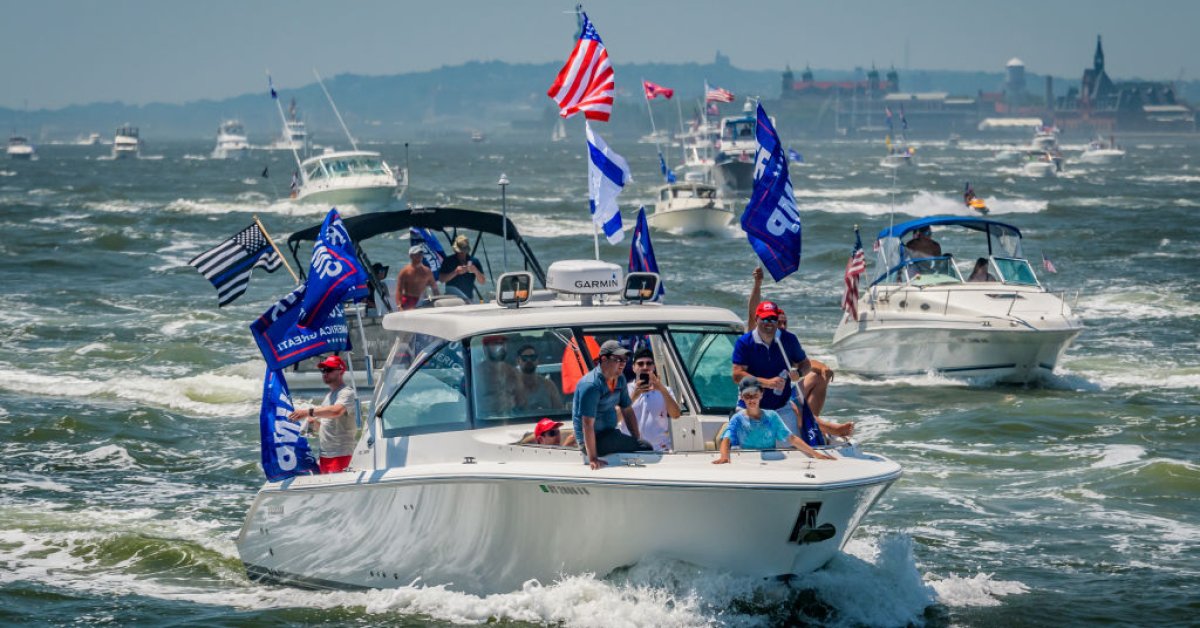 Several boats sank Saturday during a Trump boat parade on Lake Travis in central Texas, according to the Travis County Sheriff’s Office.

“Our agency responded to multiple calls of boats in distress throughout the parade and several boats did sink,” a spokesperson with the sheriff’s office told TIME. She added that a first call of a boat in distress came in at 12:15 p.m. and the latest one was responded to just before 2 p.m.

A spokesperson with the Austin-Travis County Emergency Medical Services said they had not received reports of any injuries related to the sunken boats, but had heard that at least four boats sank so far.

Photojournalist Bob Daemmrich captured photos of some boats struggling to stay above rough waters during the event.

About 2,600 people signed up to attend the event, according to a Facebook page for “Lake Travis Trump Boat Parade.” Videos from the event showed dozens of boats out on the lake.

President Donald Trump has frequently affirmed his love for boaters who support him. Trump boat parades have occurred in multiple states, including Florida, South Carolina and California.