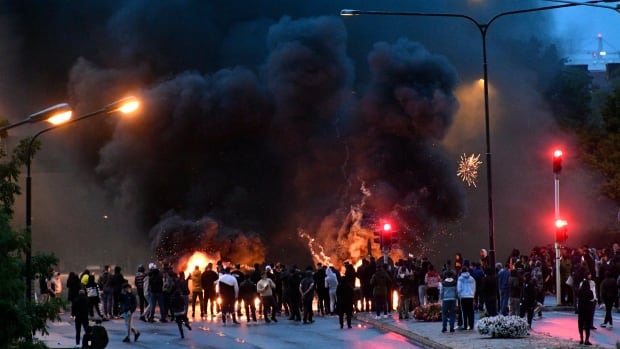 Far-right activists burned a Qur’an in the southern Swedish city of Malmo, sparking riots and unrest after more than 300 people gathered to protest, police said Saturday.

Rioters set fires and threw objects at police and rescue services on Friday night, slightly injuring several police officers and leading to the detention of about 15 people.

The violence followed the burning on Friday afternoon of a Qur’an, near a predominantly migrant neighbourhood, that was carried out by far-right activists and filmed and posted online, according to the TT news agency.

Later, three people were arrested on suspicion of inciting hatred against an ethnic group after kicking the Muslim holy book.