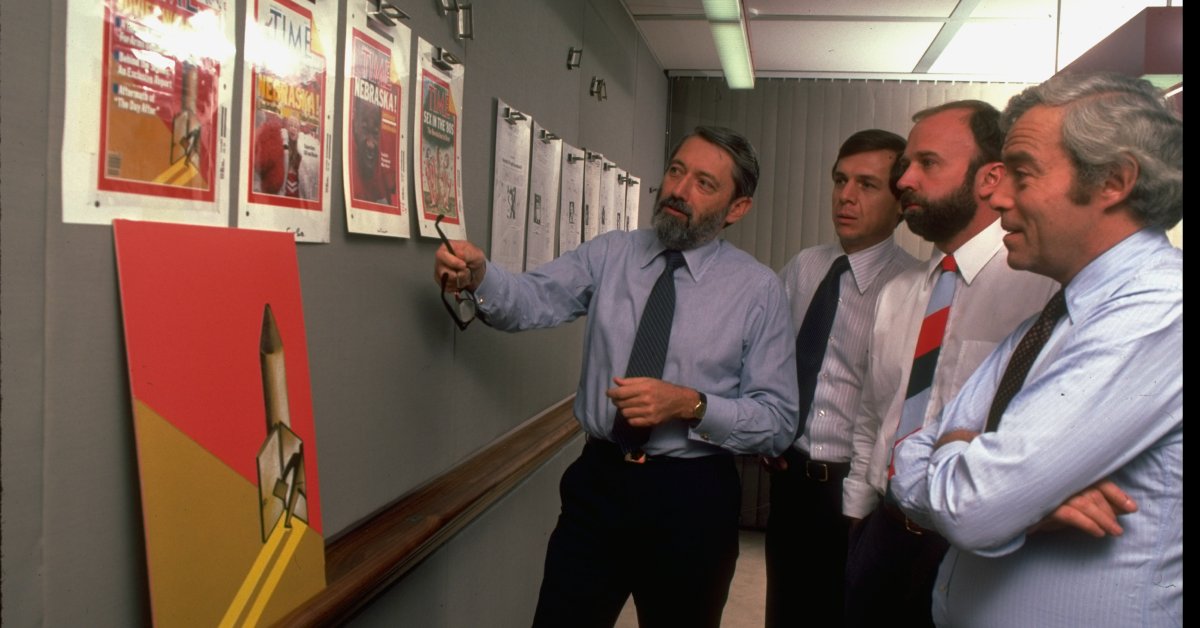 When Ray Cave arrived at TIME as an assistant managing editor in 1976 after a storied career at Sports Illustrated, no one suspected that he would beat out other longtime editors for TIME’s top job just one year later. But what Cave, who died at 91 on Aug. 17, brought to the magazine—a keen sense of design, an astute sense of how best to use color photography, and a sharp eye for writing talent—allowed him to prevail.

Cave did not have the interest in some of the weightier topics that distinguished TIME in earlier years, such as its famed “Is God Dead?” cover story, and more than a few eyes rolled when he put cats (“Love ‘Em! Hate Em!”) and ice cream (“Getting Your Licks”) on the cover. (Eyes stopped rolling when both broke the newsstand). What Cave should be best remembered for is his dedication to ensuring that TIME covered major breaking news with full force, for bringing a clean and vibrant look to the newsweekly, and making sure freshly hired writers—including Kurt Andersen, Graydon Carter, Maureen Dowd, Michiko Kakutani, Walter Isaacson, Pico Iyer, Frank Rich, Roger Rosenblatt, Stephen Smith, Alessandra Stanley, Richard Stengel and Evan Thomas—all felt at home at TIME.

Like all good editors, Cave was intensely curious; unlike many editors, he preferred to celebrate accomplishment rather than trends as worthy of coverage. What other editor of a national magazine would put the Broadway production of Nicholas Nickleby on its cover? He displayed a social consciousness without resorting to preachiness, as evidenced by “Children of War.” And midway through his career he put “The Poisoning of America” on the cover, illustrated by a man sinking into a cesspool of toxic waste. Several years later, just before his tenure ended, Cave revisited the topic and cover, this time with the poisoned waters lapping a bit higher.

Times change, the ways of telling stories change, but what Cave brought to TIME—authoritative writing, critical thinking and a bone-deep sense of fair play—remain as essential to a democratic society today as they did nearly four decades ago.