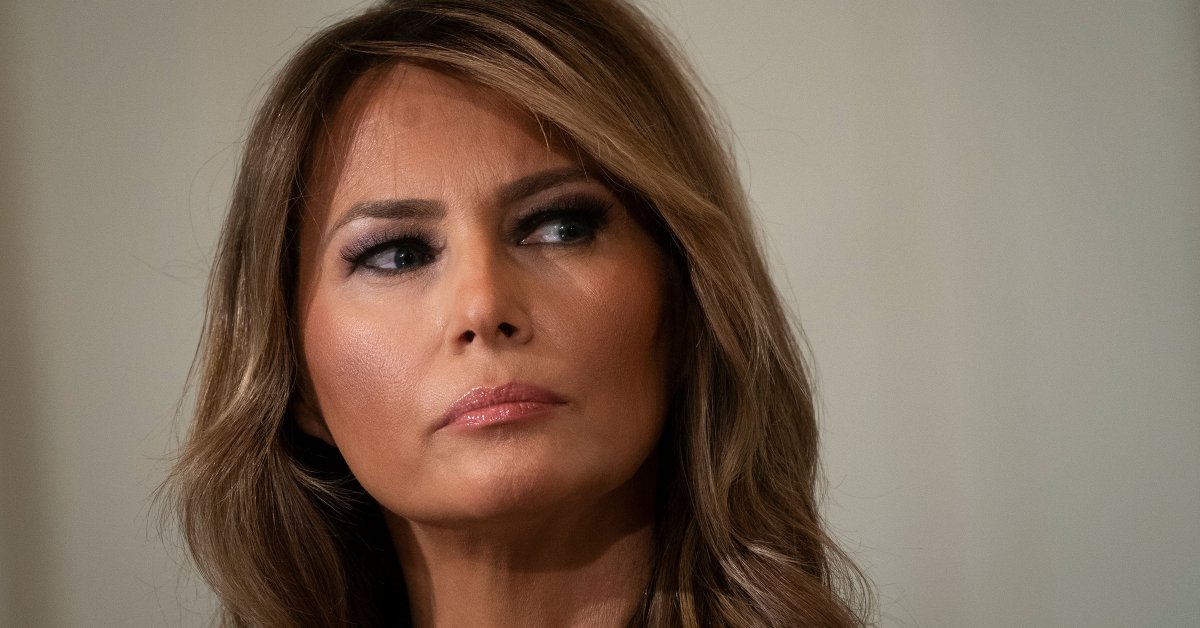 When First Lady Melania Trump steps into the newly renovated Rose Garden tonight, it may be about the extent of her involvement on the campaign trail this year.

Unlike her husband who will set fire to feuds in late-night tweets and has an impressive capacity for revisiting old grudges, the First Lady has shown only brief flashes of interest in stepping into the political fray in Washington. If she enjoys the role, it’s not always clear. Body-language experts, marriage counselors and many others on social media have observed there is something off-balance when the President and First Lady are together. (Witness the moment in the Oval Office when Trump was talking about their son: “She’s got a son,” the President said.)

Washington has been slow to understand the reluctant First Lady. Her former career as a model undoubtedly led some to discount her power to fill the role. But when she digs in, she can get what she wants, according to two juicy best-sellers about her behind-the-scenes savvy. A third biography of her, due out next week, promises an unfiltered accounting of how Mrs. Trump feels about step-daughter Ivanka Trump and others within the family.

If all of this feels a little like House of Cards or Page Six — well, it is. Trump is a former television producer who famously cultivated the New York gossip scene for his own promotion during his days as a womanizing real estate developer. Mrs. Trump has endured plenty more of the same since marrying into the Trump tribe in 2005. A number of women have come forward, in interviews and through lawsuits, claiming affairs with or harassment by Trump. It is not in dispute that Trump’s lawyer Michael Cohen arranged for the Trump Organization to pay an adult actress $130,000 in exchange for her silence about an affair, which Trump denied.

Mrs. Trump has supported her husband when asked, but has hardly embraced the role. Her predecessors have championed childhood nutrition and literacy, while Mrs. Trump, in a twist of irony, has backed anti-bullying efforts as her husband fires off tweets insulting his perceived enemies. Just don’t ask her to pretend that anything about the role of First Lady is a natural fit for anyone. Because nothing about it is.

Back in 2016, Mrs. Trump demonstrated little interest in hitting the road to pitch in for her husband’s first campaign, holding fewer than a dozen solo events as he made his unexpected march to the White House. Her speech at this same moment four years ago relied heavily on material already spoken by Michelle Obama. Her travels as First Lady have been low-key and — with one notable exception — free from negative headlines. (Her choice to wear a jacket that read “I really don’t care. Do U?” on the back during a trip to meet kids separated from their parents at the U.S. border continues to perplex.)

From the outside, her efforts have been bland. Her anti-bullying efforts feel obligatory. Her work on opioid abuse comes across as sincere, but insufficient to meet the challenge. But often her influence is harder to spot, such as her role in pushing Trump to ban flavored vape cartridges. (He then retreated.) She also was behind the ouster of a deputy national security adviser who crossed her on a trip to Africa.

Few First Ladies actually like politics. Mrs. Obama famously despised the game but, as shown last week, is a master of it when she thinks the stakes matter. It’s why Obama aides had a nickname for her: The Closer. Laura Bush didn’t love the hassle but in 2004 built out a team that got her around the country for her own events and was the antidote for a persnickety George W. Bush on the road. Hillary Clinton served as her husband’s best unofficial strategist and often pushed the team to think bigger than they had been. And Barbara Bush was the matriarch enforcer who, even during son Jeb Bush’s fateful attempt in 2016 to become the third of the brood to win the White House, still insisted on doing things the right way.

Mrs. Trump similarly has the potential to take her husband out of the rarified realm of Presidents and into the role of husband and dad. Presumably, she knows a side of Trump none of us do. That’s historically been one of the biggest political values of First Ladies: they humanize the most powerful man on the planet and assure us that, yes, he has moments of normalcy.

So far, Mrs. Trump hasn’t really taken an interest in her husband’s bid to stay in power, and a series of recent betrayals from former friends and family who spoke to her string of unauthorized biographers can only make the 18-acre White House complex even less attractive. When you see her dodge her husband’s outstretched hand, it’s easy to read a reluctance to link arm in arm with him.

Tonight, we’ll see just how much of the private moments Mrs. Trump is willing to share with us. Her family’s mailing address for the next four years is on the line.