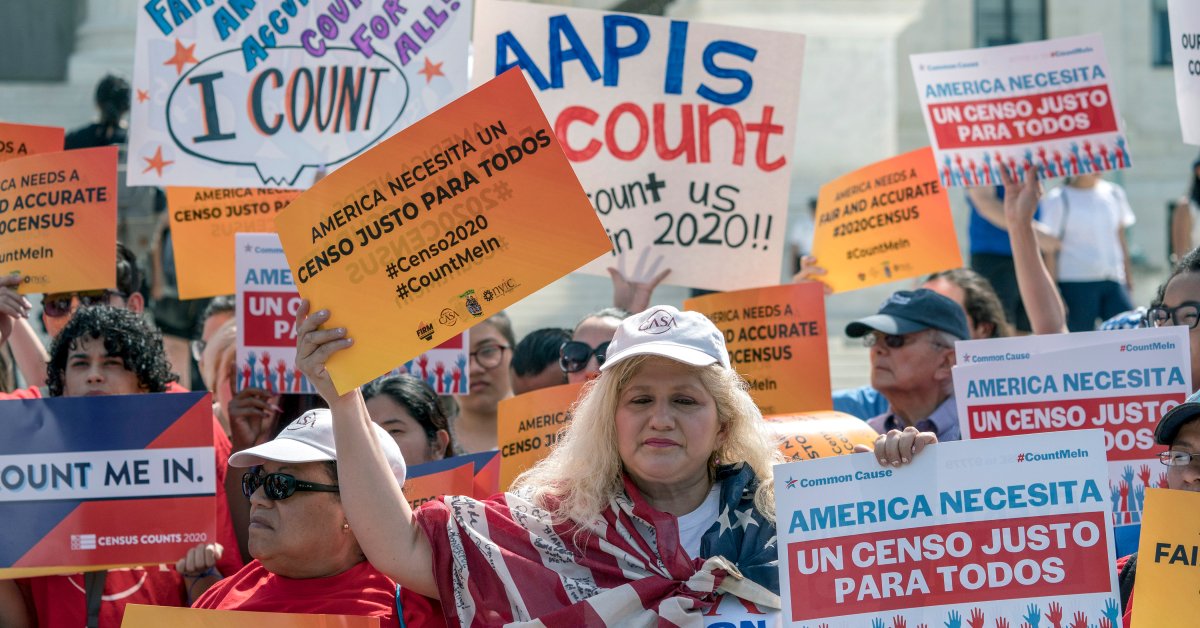 (ORLANDO, Fla.) — The U.S. Census Bureau for now must stop following a plan that would have it winding down operations in order to finish the 2020 census at the end of September, according to a federal judge’s order.

U.S. District Judge Lucy Koh in San Jose, California, issued a temporary restraining order late Saturday against the Census Bureau and the Commerce Department, which oversees the agency. The order stops the Census Bureau from winding down operations until a court hearing is held on Sept. 17.

The once-a-decade head count of every U.S. resident helps determine how $1.5 trillion in federal funding is distributed and how many congressional seats each state gets in a process known as apportionment.

The temporary restraining order was requested by a coalition of cities, counties and civil rights groups that had sued the Census Bureau, demanding it restore its previous plan for finishing the census at the end of October, instead of using a revised plan to end operations at the end of September. The coalition had argued the earlier deadline would cause the Census Bureau to overlook minority communities in the census, leading to an inaccurate count.

Because of the pandemic, the Census Bureau pushed back ending the count from the end of July to the end of October and asked Congress to extend the deadline for turning in the apportionment numbers from December, as required by law, into next spring. When the Republican-controlled Senate failed to take up the request, the bureau was forced to create a revised schedule that had the census ending in September, according to the statistical agency.

The lawsuit contends the Census Bureau changed the schedule to accommodate a directive from President Donald Trump to exclude people in the country illegally from the numbers used in redrawing congressional districts. The revised plan would have the Census Bureau handing in the apportionment numbers at the end of December, under the control of the Trump administration, no matter who wins the election in November.

More than a half dozen other lawsuits have been filed in tandem across the country, challenging Trump’s memorandum as unconstitutional and an attempt to limit the power of Latinos and immigrants of color during apportionment.

“The court rightfully recognized the Trump administration’s attempted short-circuiting of our nation’s census as an imminent threat to the completion of a fair and accurate process,” said Kristen Clarke, president and executive director of the Lawyers’ Committee for Civil Rights Under Law, one of the groups that brought the San Jose lawsuit.

In her order, Koh wrote that previous court cases had concluded that it’s in the public interest that Congress be fairly apportioned and that the federal funds be distributed using an accurate census.

“Thus, the balance of the hardships and public interest tip sharply in Plaintiffs’ favor,” Koh said.

Neither the White House nor the Commerce Department had immediate comment.

In a message emailed to regional offices and headquarters late Saturday, the Census Bureau said the statistical agency and the Commerce Department “are obligated to comply with the Court’s Order and are taking immediate steps to do so.” Further guidance would be provided later, the bureau said.

A top Census Bureau official said in court papers filed late Friday that the bureau wouldn’t be able to meet its deadline to turn in apportionment numbers at the end of December if the head count were extended an extra month.

Associate director Al Fontenot said it would be difficult to bring back census takers who had been laid off if the bureau was forced to go back to the plan that has the head count ending in October, and that the current crop of census takers had been much more efficient than in past decades, allowing the count to end on the faster timetable.

Some census takers have been laid off and operations wound down as 85% of households in an area have been counted in what is known as the “closeout” phase, and starting Sept. 11, it will be up to the supervisors to wind down operations in an area even if it hasn’t achieved the 85% threshold, Fontenot said.

Some steps also have been eliminated in the processing phase that will take place between when the count ends and when the apportionment numbers must be turned in, increasing the risk for errors, but the “Census Bureau is confident that it can achieve a complete and accurate census and report apportionment counts,” Fontenot said in the court papers.