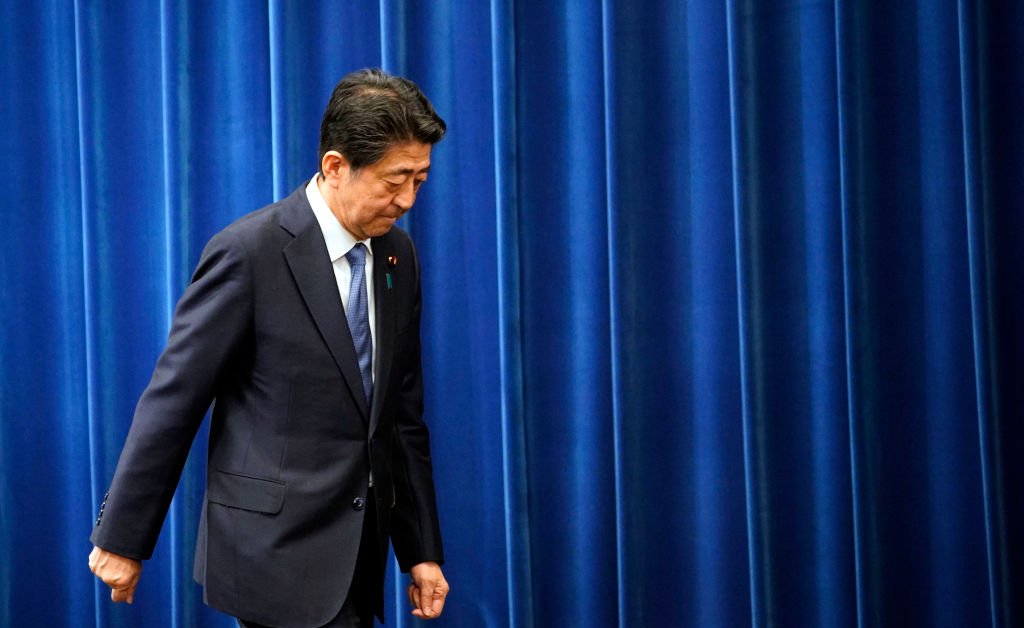 “Even though there is one year to go in my tenure and there are challenges to be met, I have decided to stand down as prime minister,” Abe told a press conference in Tokyo. He said he would stay on as prime minister until his successor is chosen. His right-leaning Liberal Democratic Party (LDP), which dominates the Japanese parliament, said it will hold a leadership contest by the end of September, and the winner will almost certainly replace Abe as prime minister.

Abe, 65, suffers from ulcerative colitis, a chronic bowel disease. He told reporters he had controlled the condition for years but that it had made a resurgence earlier this summer. He is now receiving treatment that would conflict with his duties as prime minister if stayed on to the scheduled end of his term, in September 2021, he said. The disease was also a factor in Abe’s 2007 resignation from his first term as Japan’s prime minister.

The departure, coming amid the COVID-19 pandemic and Japan’s first recession since 2015, adds “uncertainty to troubled times,” says Jean-Pierre Cabestan, a professor in political science at Hong Kong Baptist University.

Abe’s second period as prime minister, which began in 2012 and lasted through three elections and nearly eight years, was a period of unusual political stability for Japan. On Monday he became the country’s longest continually-serving prime minister. He led the recovery from the devastating Fukushima nuclear disaster in 2011, and succeeded in stalling Japan’s long-term economic stagnation through a strategy known as Abenomics. He also championed the elaboration of Japan’s Indo-Pacific strategy, a foreign policy effort aimed at expanding cooperation between countries across Asia and Africa, and countering Chinese hegemony. Abe’s establishment of a personal relationship with Donald Trump, even before he took office as U.S. president, is credited with maintaining strong U.S.-Japanese relations during a period of global political instability.

Abe also failed to deliver fully on structural reforms to Japan’s rigid labor market – a crucial part of the Abenomics doctrine – and to address the looming threat of Japan’s rapidly ageing population, with 28% of the country now aged over 65. “He has little to show for being in power for seven years with a majority in the [legislature],” Kingston says.

His time in office was also marred by diplomatic disputes with neighbours in East Asia, some of them stemming from historic tensions over Japan’s early 20th Century imperialism. Relations with South Korea, a traditional Japanese ally, suffered during Abe’s term. South Korea’s demand for reparations for abuses committed during Japan’s 1910–1945 occupation of the Korean peninsula, including the use of forced labor by Japanese companies, sparked disputes over trade and territory in 2018 and 2019.

Duyeon Kim, senior adviser on North East Asia & Nuclear Policy at the International Crisis Group, says Abe’s “nationalist and personal worldview” contributed to complicating relations between the two countries. Abe angered South Koreans, as well as China and North Korea, with a 2013 visit to the controversial Yasukuni Shrine in Tokyo, which many consider a tribute to Japan’s imperial military past.

The change in leadership in Japan “might be a chance for the mood and atmosphere between Seoul and Tokyo to improve,” Kim says, “but translating into real improvements in relations is a different story.”

Yet despite the turbulence at home and abroad Abe may be remembered as Japan’s most important prime minister since the mid-20th century, says Michael J. Green, a Senior Vice President for Asia and Japan Chair, Center for Strategic and International Studies. “He did not accomplish everything Japan needed, but he accomplished more than any Japanese leader in many decades. And above all, he demonstrated that Japan can lead,” he says.

“More than any other democratic leader, he patiently kept Donald Trump away from his worst campaign promises and isolationist instincts. It is not clear which world leader will play that role if Trump is re-elected.”