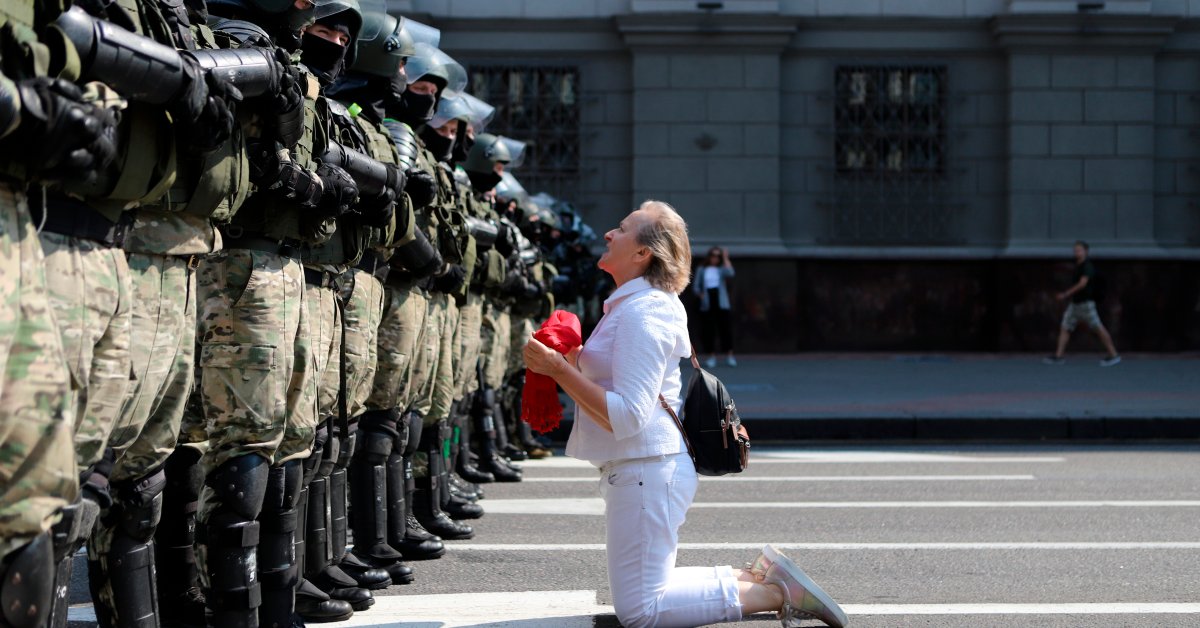 KYIV, Ukraine — Tens of thousands of demonstrators gathered Sunday in the capital of Belarus, beginning the fourth week of daily protests demanding the resignation of the country’s authoritarian president after an election they call rigged gave him a sixth term in office.

The protest at the “hero city” monument honoring Minsk’s suffering and resilience in World War II attracted at least 100,000 people, according to the Nexta messaging app channel that is a main medium for the opposition.

Wide protests began after the Aug. 9 presidential election that officials say gave President Alexander Lukashenko a landslide 80% win over his main challenger, Sviatlana Tsikhanouskaya, a former teacher and the wife of a popular jailed blogger.

Lukashenko, in office since 1994, has been defiant but beleaguered, unable to put down largest, most sustained wave of protests yet in this Eastern European nation of 9.5 million people. He has refused to rerun the election, which both the European Union and the United States have said was not free or fair, and refused offers to help mediate the situation from Baltic nations.

Lukashenko says he has reached an agreement with Russian President Vladimir Putin that Russia will send in security help if asked. But Russia has appeared hesitant to get involved deeply in the Belarus unrest.

Putin and Lukashenko talked by phone on Sunday, but a Kremlin statement gave few details of the conversation, other than noting that Putin congratulated the Belarusian leader on his 66th birthday.

Tsikhanouskaya, who fled to Lithuania after the election because of concerns about her security, gave a withering acknowledgement of the birthday.

“I wish him to overcome his fears, look truth in the eye, listen to the voice of the people and go away,” she told The Associated Press by telephone from the Lithuanian capital of Vilnius.

Lukashenko has consistently blamed Western countries for encouraging the protests and contends that NATO is repositioning forces along Belarus’ western border with the aim of intervening in the unrest, a claim the alliance strongly denies.

On Sunday, the Belarusian Defense Ministry said it was conducting military exercises in the Grodno region, near the borders of Poland and Lithuania, simulating defending against an invasion.

Jim Heintz in Moscow contributed to this story.