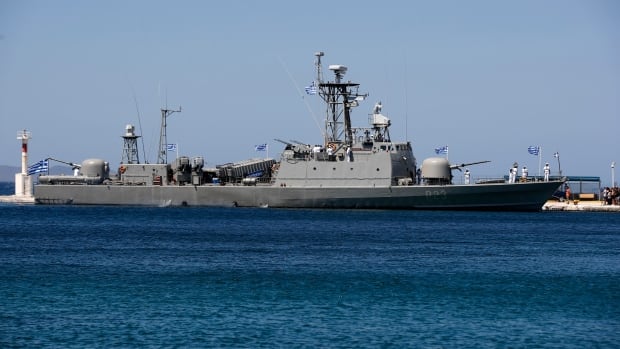 Greece said Monday that its navy and air force will conduct military exercises in an area of the eastern Mediterranean where Turkey is prospecting for oil and gas as the neighbouring countries remain locked in a dispute over offshore energy rights.

The three-day, live-fire exercises will start Tuesday southeast of the Greek island of Crete, officials in Athens said. Germany, meanwhile, is stepping up a diplomatic effort to try to prevent the regional tensions from escalating further.

Turkey has a research ship escorted by warships surveying for oil and gas exploration in the area and said Sunday that the work would continue through Aug. 27.

The Turkish government disputes Greece’s claim to exclusive rights in the waters where the research vessel is working, arguing that islands should not be included in calculating sea boundaries between countries.

The United States and the European Union so far have broadly backed Greece in the dispute, but EU countries remain split over a request from Greece to impose sanctions on Turkey.

German Foreign Minister Heiko Maas plans to be in Athens and Ankara on Tuesday to try to revive talks aimed at deescalating the tensions. Talks between senior Greek and Turkish officials started in July before Turkey broke them off several weeks later.

“From our standpoint, direct dialogue and steps from both sides to deescalate the situation are needed to find a solution to [reduce] tensions. That’s why the foreign minister is travelling there,” German Foreign Ministry spokesperson Christofer Burger told reporters in Berlin.

“We are taking the tensions there very seriously and we have the big concern that these tensions, — which already burden the relations between the EU and Turkey, that if these tensions continue to grow a further escalation could have even more grave consequences,” he said.

Germany, which currently holds the EU’s rotating presidency, is among member nations considered reluctant to impose sanctions on Turkey before diplomatic efforts are fully pursued.

EU foreign ministers are expected to discussed the crisis in the eastern Mediterranean at an informal meeting in Berlin later this week.