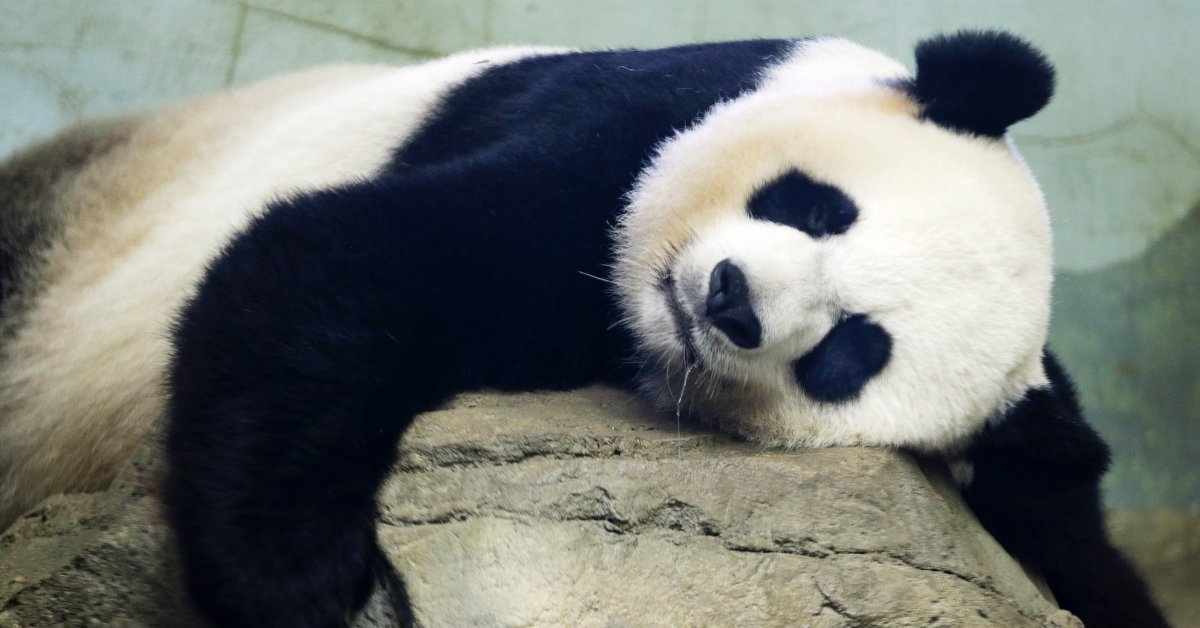 An experienced mom, “Mei Xiang picked the cub up immediately and began cradling and caring for it,” the zoo said in a statement. “The panda team heard the cub vocalize.”

Panda lovers around the world were able to see the birth on the zoo’s Panda Cam. Zookeepers also were using the camera to keep an eye on mom and baby.

“Giant pandas are an international symbol of endangered wildlife and hope, and with the birth of this precious cub we are thrilled to offer the world a much-needed moment of pure joy,” said Steve Monfort, John and Adrienne Mars Director of the Smithsonian’s National Zoo and Conservation Biology Institute.

Monfort said Mei Xiang’s age — 22 — made her chances of giving birth to a cub slim. “However, we wanted to give her one more opportunity to contribute to her species’ survival,” he said.

She is the oldest giant panda to successfully give birth in the United States. The oldest in the world gave birth in China at age 23.

Mei Xiang has three surviving offspring, Tai Shan, Bao Bao and Bei Bei, that were transported to China at age 4 under an agreement with the Chinese government.

The zoo has reopened to visitors on a limited basis, but the Panda House is closed.

Mei Xiang gave birth in a small den, where she created a nest out of branches. Although the place looks tiny for a big panda, the zoo said giant pandas in wild give birth in small dens. “They stay in these dens for about the cub’s first 100 days,” the zoo said on Instagram.

The zoo had given notice earlier in the day that Mei Xiang appeared to be in labor, noting her restlessness and body-licking.

Earlier this week, the zoo, part of the Smithsonian Institution, posted an image from Mei Xiang’s ultrasound that confirmed the pregnancy. “Keep your paws crossed!” the zoo posted, reporting that the fetus was “kicking and swimming in the amniotic fluid.”

“We need this! We totally need this joy,” zoo spokeswoman Pamela Baker-Masson said when the pregnancy was confirmed. “We are all in desperate need of these feel-goods.”

Giant pandas at birth are about the size of a stick of butter. They’re pink and hairless; the distinctive black and white fur markings of giant pandas come later.

The zoo said Mei Xiang was impregnated via artificial insemination, a process which was heavily affected by precautions over the COVID-19 pandemic. The procedure was conducted shortly after the entire zoo shut down on March 14.

Rather than using a combination of stored frozen sperm and fresh semen, the zoo inseminated Mei Xiang only with thawed-out semen to minimize the number of close-quarters medical procedures. It was the first successful procedure of its kind in the U.S. using only frozen sperm.