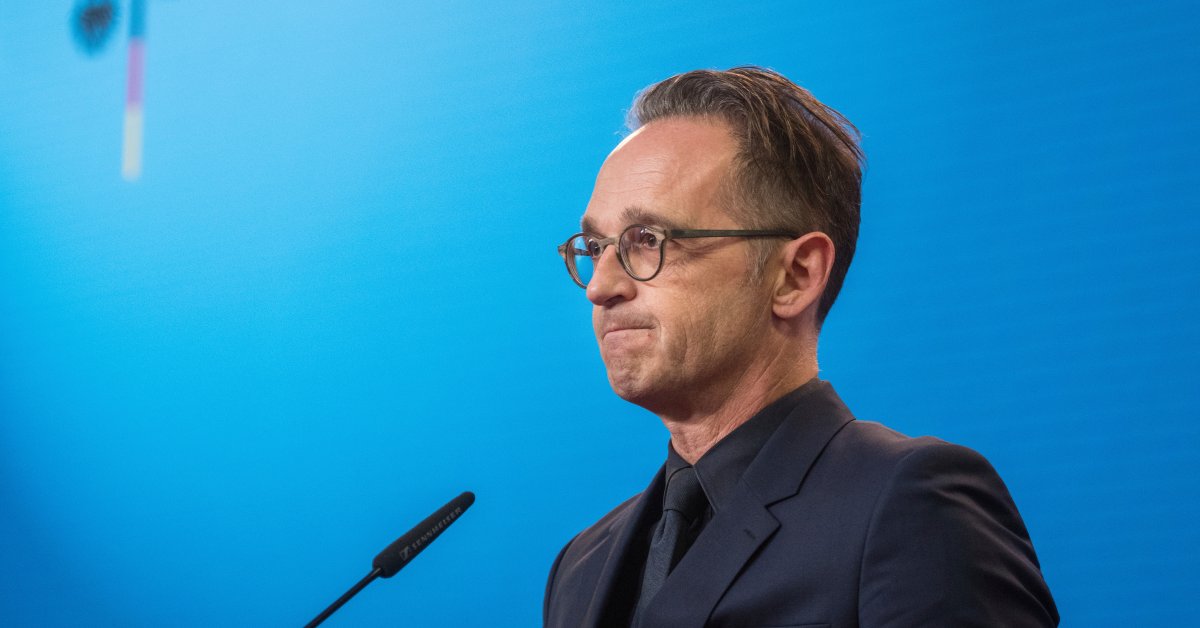 (BERLIN) — Germany on Sunday increased pressure on Russia over the poisoning of Russian opposition politician Alexei Navalny, warning that a lack of support by Moscow in the investigation could “force” Germany to rethink the fate of a German-Russian gas pipeline project.

“I hope the Russians won’t force us to change our position regarding the Nord Stream 2″ pipeline being built under the Baltic Sea, German Foreign Minister Heiko Maas told weekly Bild am Sonntag.

Maas also said that “if there won’t be an contributions from the Russian side regarding the investigation in the coming days, we will have to consult with our partners.”

He did not exclude possible sanctions against Russia, telling the newspaper that such measures should be “pinpointed effectively.”

However, Maas also admitted that halting the building of the nearly completed gas pipeline would harm German and European companies.

“Whoever demands this has to be aware of the consequences,” he said. “More than 100 companies from 12 European countries are involved (in the construction), about half of them from Germany.”

The German government has come under growing pressure to use the joint German-Russian pipeline project as leverage in getting Russia to provide answers on Navalny. The Nord Stream 2 project would deliver Russian gas directly to Germany under the Baltic Sea when completed, bypassing Ukraine.

Navalny, a Kremlin critic and corruption investigator, fell ill on a flight to Moscow last month and was taken to a hospital in the Siberian city of Omsk. He has been in an induced coma in a Berlin hospital since he was flown to Germany for treatment on August 22.

German authorities have said that tests showed that he had been poisoned with a chemical nerve agent from the Novichok group. British authorities previously identified the nerve agent, developed during the Soviet era, as the poison used to target former Russian spy Sergei Skripal and his daughter in England in 2018.

“We have high expectations from the Russians to bring light into this severe crime,” Maas said. “If they have nothing to do with this attack then it’s in their own interest to put the facts on the table.”

France also added pressure on Sunday, suggesting the possibility of sanctions if Moscow fails to quickly respond to European demands for answers about Navalny’s poisoning.

“It’s a serious situation. It’s serious firstly because it’s the poisoning of another opposition figure. And it’s serious because the substance that was used, Novichok, is banned,” said French Foreign Minister Jean-Yves Le Drian, speaking on France Inter radio.

“(The Russians) must now tell us the truth so that we can act accordingly … When we say quickly, it’s quickly, that’s to say a week, now. It’s a traumatizing event for everyone, it’s astonishing for everyone. So the Russians must take the necessary action and I hope they will,” he said.

President Vladimir Putin’s spokesman has brushed off allegations that the Kremlin was involved in poisoning Navalny and said last week that Germany hadn’t provided Moscow with any evidence about the politician’s condition.

“Dear Mr. Maas, if the government of the Federal Republic of Germany is sincere in its statements, then it should itself be interested in preparing a response to the request of the Prosecutor General’s Office of Russia as soon as possible,” Zakharova wrote in a Facebook posting.

German Chancellor Angela Merkel has called Navalny’s poisoning an attempted murder that aimed to silence one of Putin’s fiercest critics and called for a full investigation.

Merkel personally offered the country’s assistance in treating Navalny. He’s now in stable condition at Berlin’s Charite hospital, but doctors expect a long recovery and haven’t ruled out that the 44-year-old could face long-term effects to his health.

Merkel has previously rejected the idea that the Navalny case should be linked to the Nord Stream 2 gas pipeline.

The U.S. has long opposed the project, which has been increasingly a source of friction between Berlin and Washington. In early August, three Republican senators threatened sanctions against an operator of a Baltic Sea port located in Merkel’s parliamentary constituency over its part in Nord Stream 2. The Mukran port is a key staging post for ships involved in its construction.

The U.S. argues the project will endanger European security by making Germany overly dependent on Russian gas. It’s also opposed by Ukraine and Poland, which will be bypassed by the pipeline under the Baltic, as well as some other European nations.

In addition to the security concerns, the U.S. also wants to sell more of its own liquefied natural gas, or LNG, to Europe.