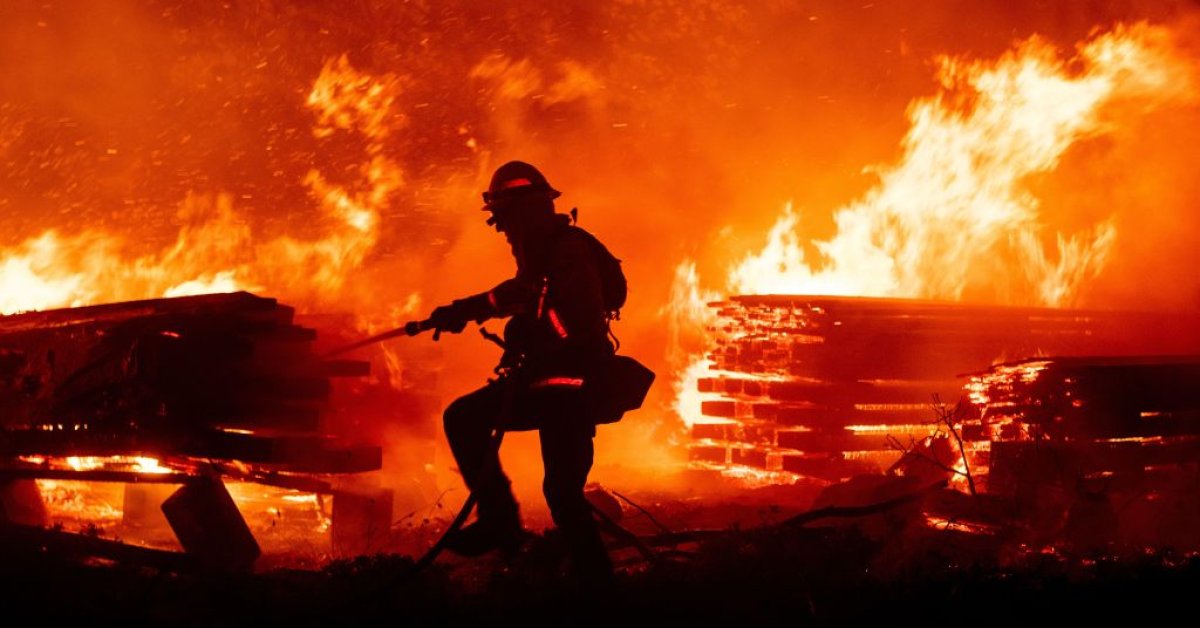 A gender reveal party sparked a wildfire in San Bernardino County, Calif. that burned through more than 7,000 acres as of Monday morning, officials said. Evacuation orders are in place in nearby residential areas.

The El Dorado Fire, which has grown rapidly, was “caused by a smoke generating pyrotechnic device, used during a gender reveal” and began just before 10:30 a.m. Saturday, the California Department of Forestry and Fire Protection (Cal Fire) said in a statement issued on Sunday. The fire started in the El Dorado Ranch Park in Yucaipa and has since grown northwards to Yucaipa Ridge, according to the statement.

As of Monday morning, the fire has spread across 7,386 acres and is 7% contained, a spokesperson with Cal Fire tells TIME. No injuries have currently been reported. More than 500 personnel and four helicopters have been battling the blaze since it first began.

Several wildfires have been burning throughout California in recent weeks. The El Dorado fire is one of more than a dozen wildfires that Cal Fire lists as an “active incident” as of Monday morning.

Cal Fire said in it’s statement that “with the dry conditions and critical fire weather, it doesn’t take much to start a wildfire.”

“Those responsible for starting fires due to negligence or illegal activity can be held financially and criminally responsible,” the statement said.

Cal Fire Capt. Bennet Milloy told The Desert Sun that no arrests have been made so far, although a district attorney could file charges depending on the extent of property damage and injuries caused by the fire. Milloy added that the family behind the gender reveal has “absolutely been cooperating” with officials.

San Bernardino National Forest said Sunday night that “the weather will remain dry and hot throughout the night with an elevated temperature and relative humidity at 20 percent”—resulting in “active fire behavior throughout the night.” The Cal Fire spokesperson says damage assessment teams are still evaluating the extent of property damage.

“Due to the number of fires across California and the West, firefighting resources are in short supply,” an official incident report stated.

This isn’t the first time a gender reveal party has started a wildfire. In 2017, a US Border Patrol agent in Arizona fired a rifle at an explosive target that led to blue smoke—to indicate that the child would be a boy—and also sparked a wildfire that tore through more than 45,000 acres, causing more than $8 million in damage. Dennis Dickey pleaded guilty to a misdemeanor violation of U.S. Forest Service rules and agreed to pay close to $8.2 million in restitution.

In one gender reveal, a life was lost. An Iowa woman died last October after being struck by debris from a homemade pipe bomb that was part of a gender reveal party, the New York Times reported.