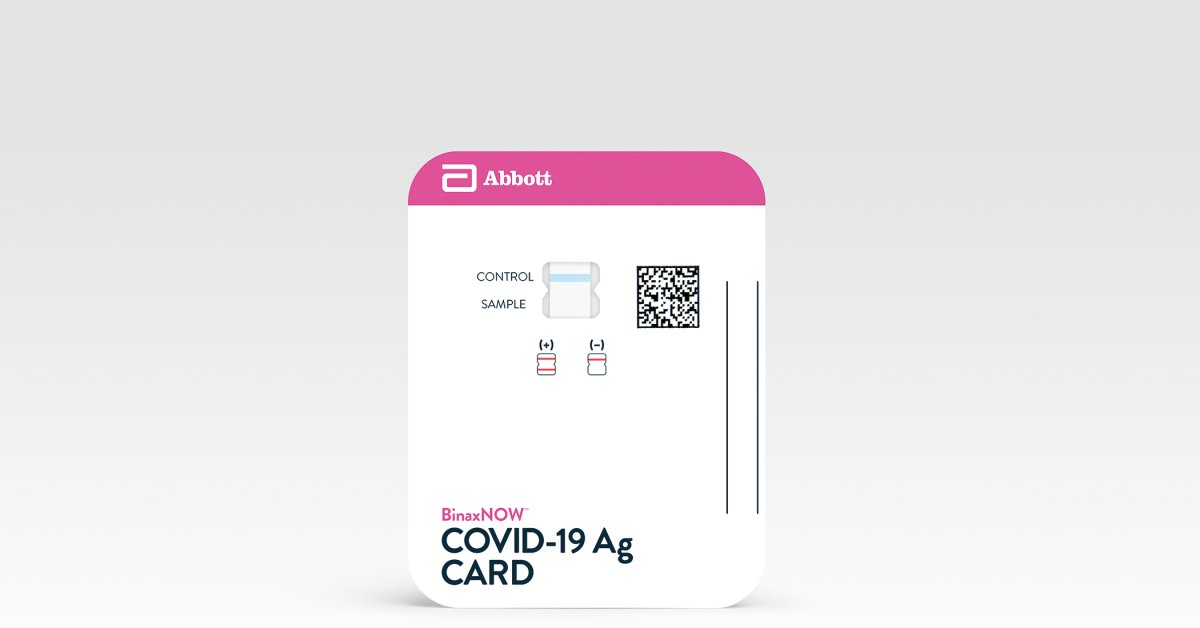 An Aug. 26, the U.S. Food and Drug Administration (FDA) gave an emergency use authorization (EUA) for a rapid COVID-19 test that can produce results in just 15 minutes, which could not only increase the number of people tested in the U.S., but also identify those who are positive sooner, so they can self-isolate and limit spread of the disease.

The testing device, made by Abbott Laboratories and called BinaxNOW Ag Card, is about the size of a credit card and can be easily used anywhere people need to be tested. It analyzes samples from a nasal swab and comes with an app that people can download to receive their results—which could serve as verification that someone is free of infection for schools, employers and other venues where a larger number of people might gather.

Any doctor who suspects a patient may have COVID-19, based on their exposure history or symptoms, can write a prescription for the test. The test, which needs to be performed by a doctor, nurse, school nurse or occupational health professional, picks up specific proteins made by SARS-CoV-2, the virus behind COVID-19. Using a quickly generated readout similar to that in pregnancy tests, the self-contained test opens up like a billfold for the health care provider to insert the nasal swab containing the sample. When closed, the built-in chemical reagents scan the sample for the viral proteins and produces a single band if the test is negative and double bands if positive.

Because it focuses on these proteins, the test is most effective when used on people within days of infection, when the virus is actively infecting cells and churning out viral proteins. Abbott conducted trials of the test at seven sites in the U.S. on people suspected of having COVID-19, all tested within seven days of their first symptoms. In those studies, the sensitivity of the test was 97.1%, meaning it can pick up positive cases 97.1% of the time with few false negatives, and its specificity was 98.5%, meaning it correctly identifies people without infection as negative 98.5% of the time, with very low false positives.

The gold standard for COVID-19 tests, known as the PCR test, amplifies genetic signatures of the virus itself, so it can read positive during and even well after infection, if there are any traces of dead, inactive virus remaining. The latest data also suggest that the PCR test can produce false negatives, since the threshold for picking up these genetic signatures is sometimes not sensitive enough if levels of the virus are too low.

While the sensitivity of the Abbott test is slightly below that of the PCR test, “any drop in sensitivity compared to the PCR test is more than made up for with the fact that the [Abbott] test is repeatable,” says Joseph Petrosino, professor and chair of the department of molecular virology and microbiology at Baylor College of Medicine who was not involved in the development or testing of the BinaxNOW. “If you are taking this test every other day, or twice a week, then you can be pretty confident that something that went wrong one day wouldn’t go wrong the second day.”

Testing the same group of people—like all the students at a given school, or residents of a specific nursing home—multiple times in quick succession is currently a luxury in the U.S. At the moment, it can take several days or even weeks for results from PCR tests, and those delays are contributing to problems in containing infections. Testing people regularly could be useful in identifying and isolating those who are positive sooner, reducing their chance of spreading COVID-19. That could be critical to containing outbreaks as schools reopen and people return to work. Admiral Brett Giroir, the U.S. assistant secretary for health who is overseeing the country’s testing efforts, tweeted that the quicker turnaround for results from the test would be a “game changer.”

The cost of the Abbott test is also a plus; at $5, it could be more accessible to more people, although many insurers currently cover the cost of COVID-19 testing.

Since April, Abbott has built two new facilities to manufacture BinaxNOW and plans to ship tens of millions of test in September, and scale up to producing 50 million tests each month by the beginning of October.