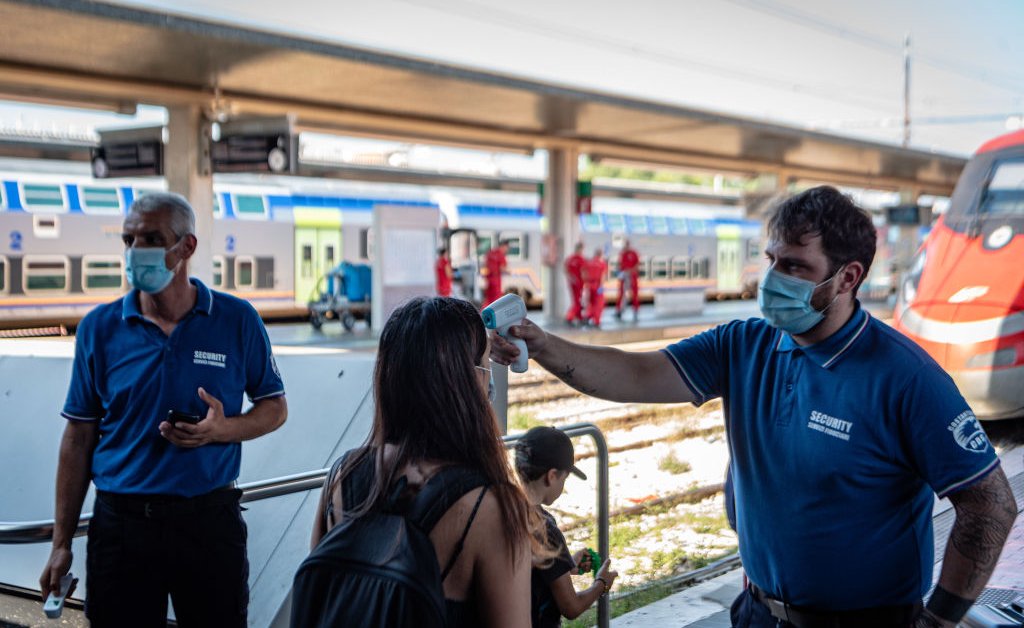 Europe has seen sharp rises in the number of COVID-19 cases across the region, with some countries reporting higher daily caseloads than they have ever seen.

In recent weeks, Spain, France and Germany have recorded their highest number of daily infections since April, as international travel has ramped up during one of the region’s busiest vacation periods. In an effort to prevent the possibility of a second wave, governments have reimposed restrictions on citizens and renewed quarantine measures for some travelers.

Experts say the increase in travel in Europe has certainly contributed to the recent surge in infections numbers. “International travel was very important in seeding the infections in Europe in February and March. I think it has had an important impact in what we’ve seen in the last six weeks,” says Jennifer Beam Dowd, associate professor of demography and population health at Oxford University.

Strict lockdowns in the spring sharply reduced the spread of the virus in Europe, which has reported over 3.9 million cases since the start of the pandemic, accounting for 17% of global infections. By mid-June, most of the continent welcomed back travelers to help the economy recover from the deepest recession it has seen since World War II.

The economies of France, Italy and Spain, which are powered by tourism, will each contract by more than 10% this year, the European Commission said on July 7.

Where is Europe seeing surges?

Cases have been increasing across Europe in the past month. But Spain, Germany, Italy and France have seen particularly sharp rises.

In Spain, where the virus is spreading more quickly than in any other European nation, 8,148 cases were registered on Aug. 21 — the most daily cases since April — according to Johns Hopkins University. In the past two weeks, more than 78,000 cases have been detected in Spain, pushing the 14-day infection rate to 175.7 per 100,00 people, compared to 62.8 in France, 22.5 in the U.K. and 20.3 for Germany according to the to E.U’s European Centre for Disease Prevention and Control on Aug. 25. The regions hit hardest were Madrid, followed by Catalonia and Andalusia.

Italy — once Europe’s epicenter for the virus with over 35,000 deaths — saw its highest daily number of 1,209 new cases on Aug. 23, the first time number had exceeded 1,000 since May when figures reached 1965. The Lazio region, which includes Rome, and Lombardy led the country in regional new caseloads.

France on Aug. 23 recorded 4,897 new infections in its highest daily caseload since mid April, an increase of over 1,200 cases from the previous day. Paris and the southern city of Marseille, have seen weekly rates of infection climb above the level of 50 per 100,000 inhabitants, which is the limit that Germany has stipulated for a return to regional lockdown measures. The French government on Aug. 14 declared these two cities high risk zones for the virus.

Germany on 22 Aug. recorded 2,032 cases, its highest since April when infection numbers reached over 5,000.

Even Greece, Malta and Croatia, which had relatively low infection numbers in spring, have seen a surge with higher caseloads in the past two weeks. Official statistics in Greece released in early August suggested 10% of new infections were linked to tourism.

Most of Europe is seeing a shift in the distribution of new cases from older to young people, says Dowd. “It seems older and more vulnerable people are still being cautious,” she says. “There’s still a worry that in countries, such as Spain where there are many intergenerational households, the virus could spread into the wider community.”

Did summer travel play a role?

Experts say yes. Increased travel combined with relaxed restrictions has “almost certainly” led to a rise in cases, says Martin McKee, a professor of European public health at the London School of Hygiene and Tropical Medicine. Europeans typically take vacation between the end of July and August when schools break for summer. Grant Shapps, the U.K’s Transport Secretary, said there were 160,000 British holidaymakers in France in mid August.

In mid May, Europe began reopening its bars, restaurants and nightclubs, subject to social distancing measures.

The latest rise in cases in France has been most marked in Paris and cities in the south including Nice, Toulouse and Marseille. “This might be representative of people having moved from a high transmission area in France to a lower one, triggering an outbreak,” says Nathalie MacDermott, a clinical lecturer in infectious diseases at King’s College London.

However, France’s health minister, Olivier Véran said in an interview published Aug. 23 that infections were already spreading between age groups and rising among the elderly in the Marseille area.

The continent’s spike reflects “large numbers of people congregating in indoor poorly ventilated spaces. Indoor areas are where the danger lies,” says McKee. In a tourist resort, where people are coming from many different places, “the probability that somebody will be infected is increased,” he says.

Nightclubs in particular, are “very conducive” to the spread of a virus, says MacDermott. “They’re often poorly ventilated and it’s almost impossible to have social distancing,” she says. In one of Spain’s largest recent outbreaks, more than 80 people tested positive after around 400 people went to nightclubs in the Andalusian city of Cordoba on July 10. Outbreaks in bars and nightclubs have been reported in other countries in Europe such as France and Switzerland.

Some recent outbreaks in Spain have also been linked to the arrival of agricultural workers from around Europe. But “most likely”, says McKee, the rise in cases has stemmed from “tourists in crowded bars, restaurants, and nightclubs.”

What new restrictions are being put in place?

Spain’s prime minister, Pedro Sánchez on Aug. 25 announced that 2,000 members of the armed forces will help regions to track and trace those who have been in contact with people infected with the virus. “Regions that do not have enough tracers can count on the support of our country’s armed forces,” Sanchez told a news conference.

Madrid authorities recommended on Aug. 21 that residents in the hardest hit areas stay at home, while in Catalonia, social gatherings have been limited to 10 people and in Murcia to six people. Local lockdowns are more the way forward, says MacDermott. “If you can contain those outbreaks fairly quickly, hopefully you prevent it from becoming a nationwide spread,” she says.

On Aug. 17, Italy closed nightclubs nationwide and made masks mandatory in some outdoor areas. “We cannot nullify the sacrifices made in past months,” health minister Roberto Speranza said in a Facebook statement.

In France, authorities sent 130 police officers to Marseille on Aug. 17 to help enforce mask requirements. Mask-wearing has been made mandatory in all shared, enclosed work spaces, including open-plan or shared offices, corridors, meeting rooms, and changing rooms, starting Sept. 1.

Countries such as the U.K. and Norway have expanded their list of countries from which visitors must quarantine for 14 days on arrival and introduced swab tests. In recent weeks, the U.K. has put Spain, France, Croatia and others on the quarantine list, while removing countries such as Portugal depending on their seven-day rate of infections. France, in turn, placed the U.K. on its quarantine list on Aug. 15.

As of Aug. 13, Italy requires people who have stayed or transited through Croatia, Greece, Malta or Spain to give a swab test with a negative result, taken within 72 hours prior to entry to the country, or take the test within 48 hours after arriving.

Is it still safe to travel within Europe?

Experts say that if visitors remain cautious and avoid high-risk activities, such as going to crowded bars and nightclubs, travel can be safe. They say testing regimes employed in countries such as Italy, are particularly effective.

There is a “greater role for testing, which could reduce the need for quarantine,” says McKee. This is important, he says, because it’s “very likely that a lot of people who are meant to be quarantining are not actually doing so.” McKee says research carried out by his department at the London School of Hygiene and Tropical Medicine suggests that testing on arrival and at seven days after, with results the next day, would be adequate to detect about 96% of cases.

Given that the process of travelling, whether on a train or a plane, involves getting into a crowded indoor space, “it makes sense to limit it as much as possible, but I don’t think we can justify blanket prohibitions”, says McKee. It’s also “absolutely crucial” that governments put in place “a comprehensive find, test, trace, isolate, and support system” to detect spikes as quickly as possible, he says. “Outbreaks will occur, but it is essential that they are spotted as quickly as possible.”