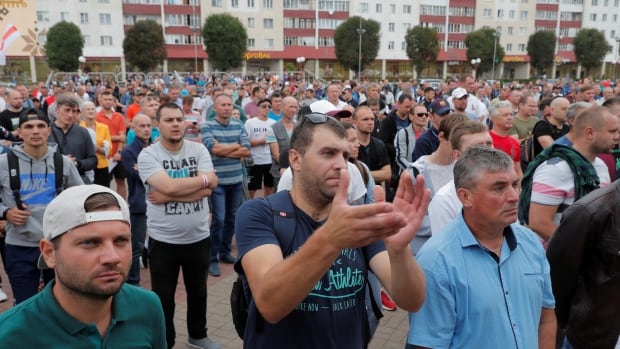 European Union leaders are set to tighten sanctions against Belarus at an emergency video conference on the crisis on Wednesday, EU Industry Commissioner Thierry Breton said.

“It is clear that [the outcome of the Belarus presidential election] is not in line with the wish of the people, there has been unacceptable violence, and the rule of law is not respected. Sanctions have already been taken and will no doubt be reinforced this afternoon,” Breton told Europe 1 radio.

He said that talks with Russian President Vladimir Putin would take into account the nature of Belarus’s relationship with Russia.

“Belarus is not Europe, it is on the border of Europe, between Europe and Russia, and the situation is not comparable to Ukraine or Georgia. Belarus is really strongly connected with Russia and the majority of the population is favourable to close links with Russia,” he said.

Breton also said that aid within a 750-billion euro European coronavirus recovery package would be conditional on respect for the rule of law in member states.

“Every six months we verify whether countries respect a certain number of criteria, notably the rule of law. The decision to provide funds (as part of the recovery plan) will be conditioned on respect for these criteria,” he said.

He said that talks about this issue are ongoing with a number of countries, including Hungary.

The EU believes that the results of the Aug. 9 polls, which handed President Alexander Lukashenko his sixth term with 80 per cent of the vote, “have been falsified,” and the 27-nation bloc is preparing a list of Belarus officials who could be blacklisted from Europe over their roles.

Workers at state-controlled companies have joined strikes this week, as the unprecedented mass protests enter their 11th day and erode the authority of the man once dubbed “Europe’s last dictator.”