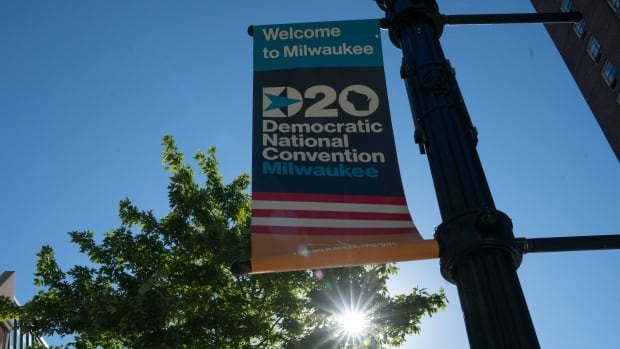 Michelle Obama delivered a passionate broadside against U.S. President Donald Trump during Monday’s opening night of the Democratic National Convention, assailing the Republican president as unfit for the job and warning that the nation’s mounting crises would only get worse if he’s reelected.

The former first lady issued an emotional call to the coalition that sent her husband to the White House, declaring that strong feelings must be translated into votes.

“Donald Trump is the wrong president for our country,” she declared. “He has had more than enough time to prove that he can do the job, but he is clearly in over his head. He cannot meet this moment. He simply cannot be who we need him to be for us.”

Obama added: “If you think things possibly can’t get worse, trust me, they can and they will if we don’t make a change in this election.”

The comments came as Joe Biden introduced the breadth of his political coalition to a nation in crisis Monday night at the convention, giving voice to victims of the coronavirus pandemic, the related economic downturn and police violence and featuring both progressive Democrats and Republicans united against Trump’s reelection.

WATCH | Obama delivers a passionate speech to cap off Night 1 of the 2020 Democratic Convention:

In a passionate speech, former first lady Michelle Obama told Americans, “if you think things can’t get worse, they can…” and she said they would if Donald Trump is re-elected. 18:24

The Democratic National Convention is not a convention in the traditional sense. There will be no physical gathering place, no cheering audience and no balloons. Republicans face the same challenge next week.

The Democrats’ week-long program consists of a series of online video addresses — half of which will be prerecorded — that will play out for two hours each night until Biden formally accepts the Democratic presidential nomination in a mostly empty Delaware ballroom on Thursday.

‘This is not normal’

Sanders also unleashed a scathing attack on Trump, suggesting that under him “authoritarianism has taken root in our country.”

The Vermont senator said Trump had proved incapable of controlling the coronavirus outbreak, coping with the economic fallout and addressing institutional racism in the United States and climate change threatening the globe.

“During this president’s term, the unthinkable has become normal. He has tried to prevent people from voting, undermined the U.S. postal service, deployed the military and fed agents against peaceful protesters,” he said.

“This is not normal and we must never treat it like it is.”

Sanders, who finished second in the Democratic primary behind Joe Biden, struck a more optimistic tone when he thanked supporters who voted for him in 2016 and 2020 for helping to move the country “in a bold, new direction.”

He called on his backers, as well as those who supported other 2020 Democratic primary contenders or Trump four years ago, to unite behind Biden.

Vermont Sen. Bernie Sanders, who ran against Joe Biden for the Democratic nomination, appealed to anyone who voted for other candidates in the primaries to rally behind Biden. 8:25

The family of George Floyd made an early appearance by video. One of Floyd’s brothers, Philonise, stood alongside another brother, Rodney, and praised the sweeping protests that followed their brother’s death.

George Floyd died May 25 after a Minneapolis police officer pressed his knee to Floyd’s neck for more than eight minutes.

“George had a giving spirit, a spirit that has shown up on streets around our nation and around the world,” he said. “People of all races, all ages, all genders, all backgrounds, peacefully protesting in the name of love and unity is a fitting legacy for our brother,”

Philonise Floyd then asked viewers to pause for a moment of silence. That was followed by a taped segment of Biden moderating a segment on racial injustice.

The convention was originally to have taken place in July, attracted about 50,000 people to Milwaukee and injected about $250 million US into the economy of the key presidential battleground state.

It would have been the first time Milwaukee, a metropolitan area of 1.6 million, hosted a presidential nominating convention.

WATCH l Howard Dean on what might look different this week, what will be similar:

Kristin Urquiza, an Arizona woman who lost her father to COVID-19, which has killed more than 170,000 Americans as of Monday evening, also spoke.

“My dad was a healthy 65-year-old,” she said. “His only pre-existing condition was trusting Donald Trump, and for that, he paid with his life.”

And Rick Telecz, a Pennsylvania farmer, warned that Trump’s trade war has had a “truly a devastating effect” on his farm before the coronavirus brought another blow with what he called “misinformation” coming from the country’s leadership.

“My biggest concern is that if these trends with this type of leadership, I will be the last generation farming this farm,” he said.

They were followed by the former Republican governor of Ohio, John Kasich, who ran for president four years ago but lost the Republican nomination to Trump.

“We’re being taken down the wrong road by a president who has pitted one against the other,” he said, explaining why he chose to speak at the convention supporting Biden.

“I’m a lifelong Rep, but that attachment holds second place to my responsibility to my country.”

WATCH | Kasich: ‘In normal times, something like this would probably never happen’:

Former Republican governor John Kasich explains why he, a lifelong Republican, is voting for a Democrat. 3:54

While the format has changed, the party will make history by unveiling the nation’s first female vice-presidential nominee of colour, Kamala Harris.

But some of the presentations risk being stale. Obama, for example, recorded her keynote address before Biden announced his running mate six days ago.

The online gathering came as Democratic officials work to energize supporters behind Biden’s candidacy — not simply against Trump’s.

While Trump is a huge motivator for many Democrats, there is some concern within the party that swing voters and lower-information voters who lean Democrat aren’t locks to cast ballots for Biden this fall, especially as the pandemic creates barriers to voting.

At the same time, Trump and his allies are fighting to scare away would-be Biden-Harris backers by describing the Democrats’ 2020 ticket as the most ideologically extreme in American history.

Larry Cohen, a prominent rules committee member and Sanders confidant, lamented the loss of an in-person convention, but not because it limits debate.

“The key of a convention, really, is the party building that comes with 57 different delegations,” he said, noting the in-person daily meetings that would occur in hotels across a host city.

“You shape the party in those breakfast meetings, where you argue over what it means to be a Democrat in Wyoming, what does it mean in Georgia.”