Chadwick Boseman, Who Died at 43, Brought Joy and Taught Us About Ourselves. All While Quietly Fighting for His Life 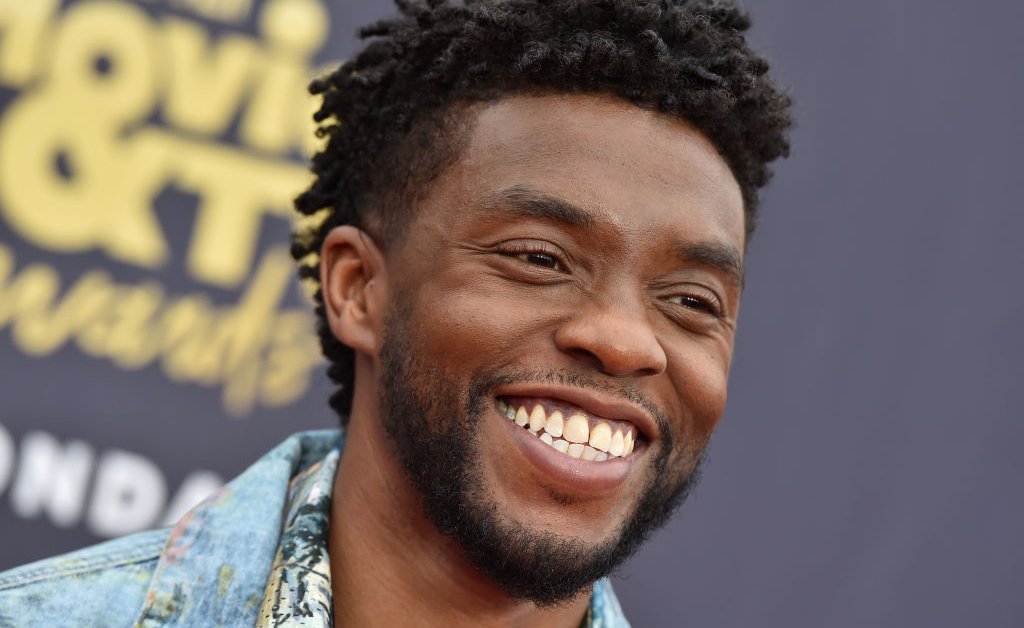 Actors aren’t our friends or family, unless they happen to be, literally, our friends and family. Yet those we love to watch become a kind of kin. We revel in one role and look forward to the next, almost always assuming there will be a next. The more we see them, the more familiar and welcome their faces are. We come to have so much invested in them that we can’t bear to imagine them suffering in real life.

Chadwick Boseman, who died on Aug. 28 at age 43, had reportedly been fighting colon cancer for four years. The people closest to him must have known, but those of us who merely loved watching him in movies didn’t. That means as we watched him play an emphatically robust superhero in 2018’s Black Panther, or the august Supreme Court Justice Thurgood Marshall in the 2017 Marshall, or a charismatic Vietnam War squad leader in Da 5 Bloods, released just a few months ago, his body was pushing against him to a degree we can only imagine.

That makes his vitality in every role even more remarkable, and the reality that he’s gone, far too soon, so incredibly sad.

Boseman had done a few movies and lots of TV before we saw him as Jackie Robinson, in the 2013 movie 42. When Harrison Ford’s Branch Rickey—the man who will sign Robinson to the Brooklyn Dodgers, thus breaking the color barrier in Major League Baseball—flings racial taunts at him to test his temperament, Boseman’s Robinson doesn’t just listen; he seems to absorb the words through his very skin, letting them hurt without showing it. Because even if Robinson knows it’s imperative to not show it, to not feel it is to be superhuman—and even Robinson, great as he was, was certainly human. In just one scene, Boseman imparts a sense of being that’s familiar to Black people through multiple generations in this country, but that white people need to be reminded of again and again: Being Black in America has often required muting your anger even as you’re turning it into a force field.

In 2016 Boseman made his first, teasing appearance as Black Panther—the superhero guise of T’Challa, the regal and insightful ruler of Wakanda—in Captain America: Civil War. Just that flash of him opened a portal into a new, improved Marvel Universe. The 2018 Black Panther was the Marvel superhero movie both for fans and for people who can’t stand Marvel superhero movies, a spectacle that could stand alone, and stand tall, largely because of Boseman. Superhero movies aren’t great vehicles for actors, because at some point, they’ve got to put on that mask. Boseman had a face you just wouldn’t want to cover—a great movie face, alert and open and joyous. Nearly all great actors are attractive in some way, but not all are as beautiful as Boseman was.

Even in his sleek Black Panther guise—and the movie had the good sense to show him maskless as often as possible—Boseman’s bearing was majestic and electric. Spike Lee knew it, putting his resplendence at the center of Da 5 Bloods. Boseman plays “Stormin’ Norman,” the fallen leader of a group of five Black Vietnam vets who have never forgotten what he taught them. This character is the embodiment of one of Da 5 Bloods’ central ideas, that America is a country that handily feeds African-Americans into its wars, asking them to fight for a country that has done wrong by them at practically every turn. Boseman’s Norman isn’t just a symbol of this idea—it’s in his marrow—yet he still loves his country, and urges his men, also, even in their justifiable anger, to hold their love for it close.

As Boseman plays him, Norman enfolds the frustrated and complicated devotion recently expressed by Los Angeles Clippers coach Doc Rivers, in the wake of the killing of Jacob Blake: “It’s amazing to me why we keep loving this country and this country does not love us back.” The amount of screentime Boseman has in Da 5 Bloods is relatively small—he appears only in flashbacks—but he’s the movie’s true north, as magnetic to us as he is to his men.

We haven’t yet seen the last of Boseman’s performances. There’s more to come, including his turn in the upcoming Ma Rainey’s Black Bottom, adapted from August Wilson’s play. But very soon, the performances Boseman left us with will draw into a closed circle. Let’s think, for a moment, of that circle as a spotlight, and in the center of it, there’s movement and life. Because Boseman was a dancer too: His astute physicality was yet another of his great gifts as an actor.

Playing James Brown in the 2014 biopic Get on Up, Boseman gave one of the finest performances of the decade, period and possibly the finest in terms of pure physicality. Brown’s body moved in ways that must have surprised even the good Lord himself, and Boseman conjured every signature move, not as mimicry but as a form of spiritual connection. He pulled off Brown’s KitchenAid-smooth mashed potato, his adductor-defying splits, his delightful pantomime, cultivated over decades, of falling to his knees in exhaustion after a long performance, only to be brought back to life by a loyal assistant (usually longtime cohort Bobby Byrd, played in the movie by Nelsan Ellis), rushing forth to drape a royal cloak around his shoulders.

We now know that Boseman worked to his limits and then, even while ailing, pushed beyond. For the past four years, he’s been wearing that cape all the time. We had no idea. He gave no sense of its weight.