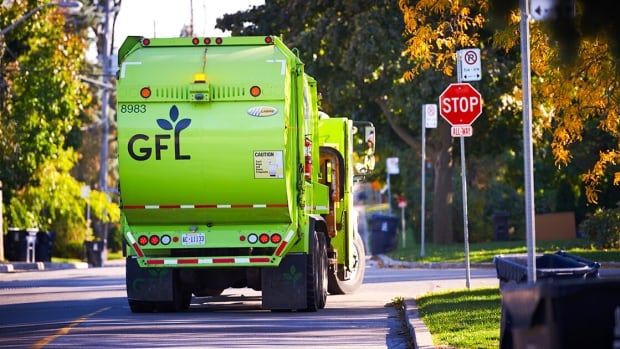 Waste management company GFL Environmental Inc. has been accused of misleading finances by an American short seller with a history of targeting Canadian companies.

Vaughan, Ont.-based GFL is a waste management firm with 13,000 employees that handles garbage pickup for four million households across eight Canadian provinces and 23 U.S. states, and 135,000 industrial customers. The company went public in an IPO in March, raising $1.4 billion.

Spruce Point also accused various executives at GFL of having ties to potentially criminal activities at previous organizations they were involved with. “GFL’s executives have not only fostered what appears to be an extremely aggressive and opaque business model, but they have either deliberately concealed, or inattentively omitted, past failures and questionable business connections,” Spruce Point said.

Short sellers make money by betting against companies, so Spruce Point has a strong financial incentive to say the things it is saying. The fund said it “stands to benefit if [GFL’s] share price falls” but didn’t disclose how much exactly.

Trading data compiled by Bloomberg suggested that of the roughly 73 million shares in GFL available on the ​​​​Toronto Stock Exchange on Wednesday, 922,876 — about 1.3 per cent — are in the hands of short sellers like Spruce Point.

WATCH | An explanation of how short selling works:

An animated explanation of how people make money from stocks losing value 0:46

GFL called the report “baseless” and said it “contains numerous inaccuracies and mischaracterizations” designed to “short and distort” the truth.

“We have the support of our shareholders and the utmost confidence in management, who have held themselves to the highest ethical standards,” independent director Dino Chiesa said in a statement. “We continue to believe in the strategy of the business and its focus on creating long-term shareholder value.”

Spruce Point alleged that without new money coming in “the company’s shares are worthless.”

That’s in stark opposition to what most analysts who cover the company say. Of the 12 analysts at investment firms who cover GFL monitored by Bloomberg, 10 have a “buy” rating on the stock. The other two are neutral.

One of them, Tim James at TD, said the allegations of the short seller’s report have the potential to weigh on the shares even if the accusations aren’t true.

“Regardless of the claims, or our view of claims, in the report, past experiences demonstrate that such reports can weigh on share prices,” he said.

The price of GFL’s TSX-listed shares lost almost 10 per cent on Tuesday when the allegations came out.