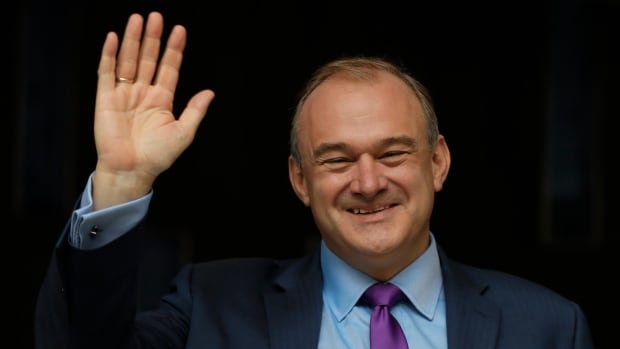 Britain’s opposition Liberal Democrats elected Ed Davey as their fourth leader in five years on Thursday, with the former minister pledging to rebuild a party that has been sapped of support and suffered losses at last year’s election.

The Liberal Democrats, long Britain’s third party, relied on its opposition to Brexit at last year’s election to try to win over voters, but instead ended up with just 11 seats, with their then leader Jo Swinson losing her place in parliament.

But they have been kingmakers in the past. With Nick Clegg leading the party, they entered a 2010 coalition government with the Conservative Party under former prime minister David Cameron that lasted until early 2015.

Davey, who held ministerial roles in the 2010 coalition government, beat his opponent Layla Moran by 42,756 votes to 24,564 and said he had heard the voices of voters, who have turned away from his party in the last three elections.

“So my job from today is to rebuild the Liberal Democrats to national relevance,” he said after being elected leader.

He faces an uphill struggle to persuade voters to return to the Lib Dems, with pollsters saying many in Britain are unclear what the party stands for after their pro-European Union position failed in the December poll.

Davey will hope to scoop up votes from those who are increasingly critical of the Conservatives over Prime Minister Boris Johnson’s handling of the coronavirus crisis and left-leaning voters who left the main opposition Labour Party under the former leadership of socialist Jeremy Corbyn.