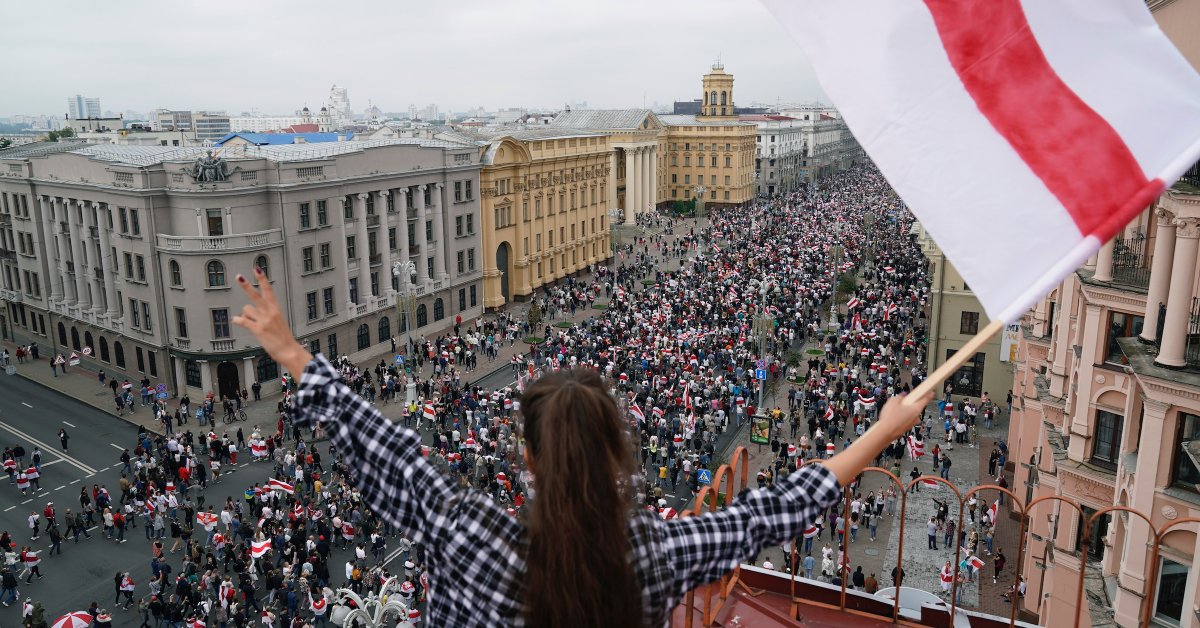 (MOSCOW) — Belarus, shaken by three weeks of massive protests against its authoritarian president, on Saturday cracked down hard on the news media, deporting some foreign journalists reporting in the country and revoking the accreditation of many Belarusian journalists.

Two Moscow-based Associated Press journalists who were covering the recent protests in Belarus were deported to Russia on Saturday. In addition, the AP’s Belarusian journalists were told by the government that their press credentials had been revoked.

“The Associated Press decries in the strongest terms this blatant attack on press freedom in Belarus. AP calls on the Belarusian government to reinstate the credentials of independent journalists and allow them to continue reporting the facts of what is happening in Belarus to the world,” said Lauren Easton, the AP’s director of media relations.

The program director for ARD’s biggest regional affiliate, WDR, which oversees coverage of Belarus, called the treatment of its camera team “absolutely unacceptable.”

“This shows once again that independent reporting in Belarus continues to be hindered and is made almost impossible,” Joerg Schoeneborn said.

German Foreign Minister Heiko Maas said “this attack on press freedom is another dangerous step toward more repression instead of dialogue with the population.”

Protests in Belarus began after the Aug. 9 election that officials said gave President Alexander Lukashenko a sixth term in office with 80% support. Protesters say the election results were rigged and are calling for Lukashenko, who has run the country since 1994, to resign.

The protests, some of which drew enormous crowds estimated at 200,000 or more, are the largest and most sustained challenge of Lukashenko’s 26 years in office, during which he consistently repressed opposition and independent news media.

On Saturday, hundreds of women dressed mostly in red and white — the colors of the former Belarusian flag that the opposition uses as an emblem — marched through the capital of Minsk in a protest.

The hard-line leader has cast about for a strategy to end the wave of protests, with little success. In the first days of demonstrations, around 7,000 people were arrested. Some protesters were killed and many detainees were beaten by police. The violence didn’t deter the protests and may have galvanized the opposition. Strikes have broken out in several state-owned factories, which are the backbone of Belarus’ economy.

The U.S. Embassy in Belarus on Saturday issued a statement saying “we are concerned by the continued targeting of journalists, the blocking of independent media and opposition websites, intermittent internet blackouts and random detentions of peaceful citizens exercising their rights of freedom of assembly and speech.”

Frank Jordans in Berlin contributed to this story.