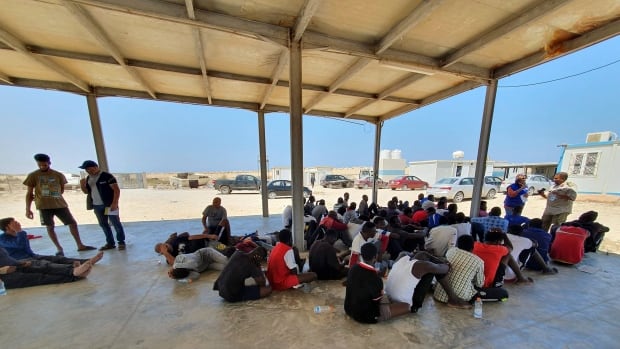 At least 45 African migrants have died in the Mediterranean Sea off the Libyan coast in the largest recorded shipwreck this year, UN agencies said on Wednesday.

The UN High Commissioner for Refugees and the International Organization for Migration issued a statement disclosing the accident on Monday, and called for an increase of search and rescue capacity.

The statement reported that 45 migrants, including five children, lost their lives when the engine of the vessel exploded off the coast of Zwara.

“Some 37 survivors, mainly from Senegal, Mali, Chad and Ghana, were rescued by local fishermen and later detained upon disembarkation,” the statement said.

Libya is a major migration route for those seeking to reach Europe, with an estimated 654,000 migrants, often living in cramped conditions with little access to health care.

The latest shipwreck brings the death toll to at least 302 on the route so far this year, the UN agencies’ statement said.

In recent months, hundreds of migrants have been stopped at sea and their vessels sent back to Libya despite the risk of violence there.

With Libyan state vessels taking responsibility for rescues in the absence of a European Union program, more than 7,000 people have been returned to Libya this year, the statement said.

The IOM and UNHCR say Libya should not be classified as a safe port for migrants and that they should not have to disembark there, wanting an alternative scheme to be created to take people rescued or intercepted at sea to safe ports.