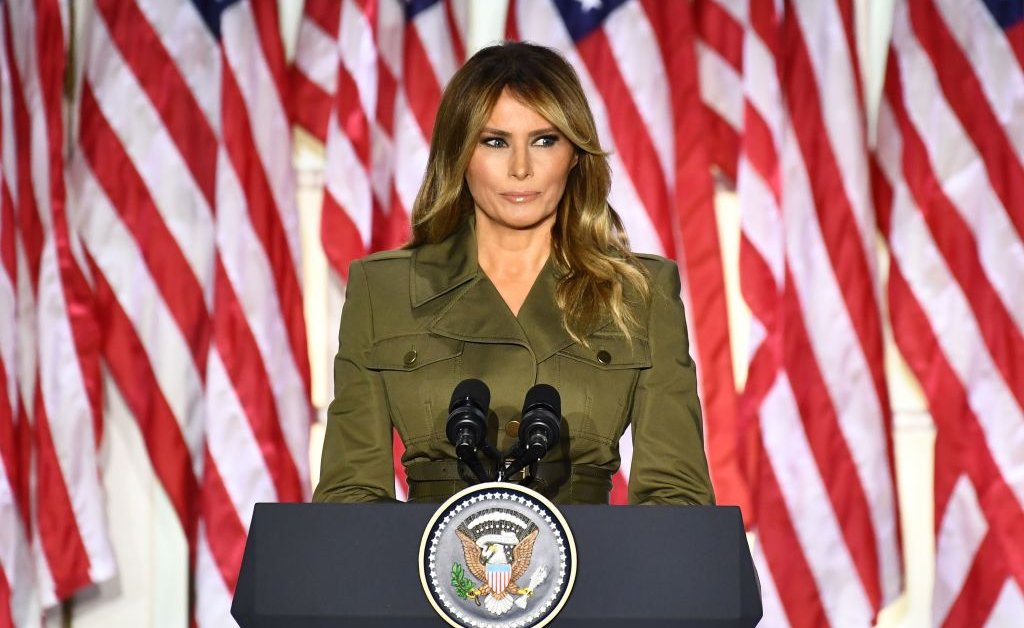 Two days in, and the Republican National Convention looks a lot like a Trump family business.

Just as Donald Trump worked closely with his children at the Trump Organization, numerous members of the President’s immediate family, including all four of his adult children, are speaking throughout the week at the RNC to advocate for his re-election. On the first night of the convention, the president’s son Donald Trump Jr. spoke, as well as Don Jr.’s girlfriend Kimberly Guilfoyle. First Lady Melania Trump headlined the second night, with President Trump sitting in the front row to watch her speech in the Rose Garden. The president’s children Tiffany Trump and Eric Trump both spoke before Melania on Tuesday, and a list of speakers sent out by the Trump campaign ahead of the week’s events also has Ivanka Trump and Eric’s wife, Lara Trump, scheduled to speak.

Trump has long valued loyalty among his closest associates above all else, and only a small group of people have managed to stay in his favor through the vicissitudes of his first term. For the president, viewing his children as some of his best surrogates is a natural extension of that loyalty-focused mentality.

“President Trump is a family man who cares deeply about his wife and children,” says Samantha Zager, deputy national press secretary for the Trump campaign. “For years, the Democrats and mainstream media – blinded by bias – have sought to dehumanize and discredit that side of him, and the Republican National Convention is a perfect opportunity for those who know the President best to tell their stories.”

Polling also suggests voters may respond better to the president’s family than to other speakers appearing at the convention. In a Morning Consult/Politico poll released on August 24, members of Trump’s nuclear family were more popular than other leaders of the Republican Party among all voters, although there was still a wide partisan gap in how they were viewed. According to the poll, which was conducted Aug. 21-23 among 1,992 registered voters and has a 2-point margin of error, Melania Trump, Ivanka Trump and Donald Trump Jr. all polled higher—both among Republican voters and voters overall— than other Republicans on the convention lineup, including Senate Majority Leader Mitch McConnell, former United Nations ambassador Nikki Haley and Arkansas Sen. Tom Cotton.

It isn’t unusual for politicians’ families to take the stage at nominating conventions to support the candidate. Several members of former Vice President Joe Biden‘s family spoke at the Democratic National Convention last week, including Biden’s wife and son, Hunter. But for Trump, family is as important to his political apparatus as it was to his business. His daughter Ivanka and her husband Jared Kushner have senior roles in the White House (though Kushner is absent from the scheduled list of convention speakers), and his adult sons and their partners work closely with the re-election campaign.

“I miss working alongside you every day but I’m damn proud to be on the front lines of this fight,” Eric Trump said during his speech in a direct address to his father. “I am proud of what you are doing for this country.”

The show of unity from Trump’s inner circle this week comes amid news of fraught dynamics between the President and other members of his family. Trump’s estranged niece Mary Trump released a tell-all book earlier this year in which she— backed by her doctoral degree in clinical psychology— says her uncle exhibits characteristics of narcissism and claims that he paid someone to take his SATs for him to get into college. (A White House spokesperson has denied this allegation.)

On Aug. 22, the Washington Post reported that Mary Trump had secretly recorded the President’s sister Maryanne Trump Barry, a retired federal judge, lambasting her younger brother. “He has no principles. None. None,” Barry says in the recording published by the Post. She also says: “I’m talking too freely, but you know. The change of stories. The lack of preparation. The lying. Holy sh-t.”

In response to his sister’s comments, the president said in a statement, “Every day it’s something else, who cares. I miss my brother, and I’ll continue to work hard for the American people.” Trump’s younger brother Robert Trump passed away on August 15.

Any familial tension looming in the background was largely absent from the family speeches Tuesday night. Tiffany Trump, who rarely makes public appearances, defended her father’s first term and said he has taken on “the establishment, the entrenched bureaucracy, big pharma, and media monopolies.”

“My dad has made me believe that America can truly be great again,” Tiffany Trump said. Her appearance in particular demonstrated the commitment to giving Trump’s family a platform this week, noted a top campaign spokesperson, because the recent Georgetown Law graduate doesn’t often campaign for her father. Tuesday was her first major speech since she spoke at the 2016 convention. “Tiffany is not one who makes very many public appearances, so there should be a good amount of attention paid to those remarks,” Trump campaign communications director Tim Murtaugh said on a press call Tuesday afternoon.

Eric Trump spoke directly to his father at the end of his speech, making explicit references to family to close his remarks. “I am proud to show my children what their grandfather is fighting for,” he said. And, referencing his late uncle, he continued: “Dad, let’s make Uncle Robert proud… Let’s go get another 4 years.”

Speaking to an assembled crowd in the Rose Garden with her husband in the front row, Melania Trump said the president “is a husband who supports me in all that I do.”

Amid personal stories about her own upbringing and recounting meaningful experiences meeting members of the military, children and American families as First Lady, Melania Trump also praised her husband’s passion for the country. “The future of our country has always been very important to him,” she said, “and it is something I that I have always admired.” She continued: “From the day that I met him, he has only wanted to make this country the best it can be. For many years, I watched him grow concerned and frustrated. And I’m so proud to see the many things he has done in such a short time.”

“If you tell him it cannot be done,” she added, “he just works harder.”

After Melania Trump concluded her speech, the president stood up and joined her onstage, giving her two kisses on the cheek and applauding beside her before they walked hand in hand down the colonnade into the residence.