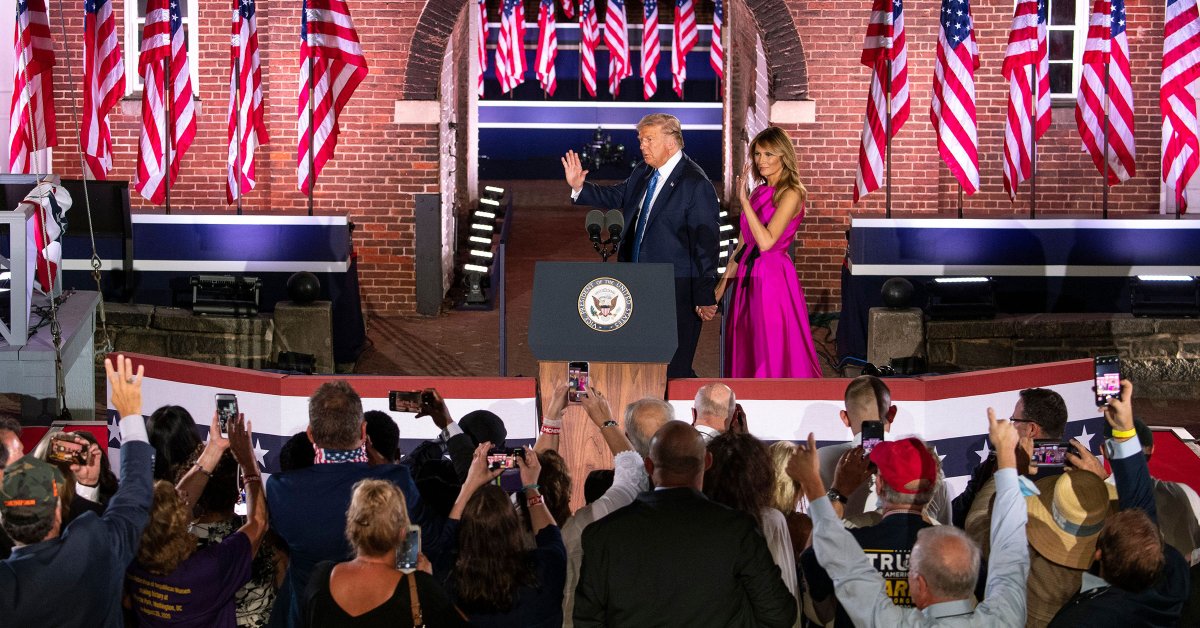 If you were tuning into American politics for the first time to watch this week’s GOP convention, you’d be excused for your confusion over how the Republican Party proposes to run the country. There is no official platform. The planks seem constructed out of personality and feelings, not policy or details. During his three-plus years in office, its leader, President Donald Trump, has erased any lingering doubts that the Republican Party is functioning as more than an appendage of the Trump identity, and that it might be beholden to his brand of gut-driven politics for years.

In accepting this reality, Republicans may have made a deal that could give them another four years in the White House, but will set them back decades. After all, Trump won’t be around forever to marshal his supporters’ votes with the flair of a reality show star, and a second-term Trump will have nothing to lose in thrashing norms and institutions the GOP has backed for generations. The party that lionized Ronald Reagan’s demand that Moscow “tear down this wall” in Berlin is now silent when Vladimir Putin’s chief rival is poisoned.

Trump takes the stage tonight to close out what has been a week of pandemic-changed staging. But few of the talking points were altered to meet the moment. Shows of empathy for a country that surpassed 180,000 COVID-19 deaths mid-convention were so rare they were newsworthy. Instead, the speakers painted a picture of a Republican Party that is hostile to minorities moving into the suburbs, proudly embraces isolationism and nationalism, and nostalgic for days of yesteryear.

“This is not just a choice between Republican and Democrat, or Left and Right,” Trump’s daughter-in-law and campaign adviser Lara Trump said Wednesday. “This is an election that will decide if we keep America America, or if we head down an uncharted, frightening path towards socialism.”

Or as Vice President Mike Pence put it, in a nod to Trump’s successful 2016 slogan: “We will make America great again — again.”

Political conventions are never about the minutiae of governance. But they do offer the party leadership an idea of where its membership is going — especially among the activists and insiders who labor for years to earn an invite to the less-than-glamorous meetings away from balloon drops and receptions. They form the spine of a party’s identity and ideals, if little backbone in practicality. Then they telegraph to the rest of the country what it means to be a member of this tribe. Rather than hash out any of that this year, Trump’s convention adopted a one-page resolution saying the GOP “has and will continue to enthusiastically support the President’s America-first agenda.”

Trying to decode what else Republicans stand for right now yields all sorts of contradictions. First daughter Tiffany Trump apparently forgot that her father literally banned people from countries with Muslim majorities from coming to the U.S. when she uttered this declaration during her Tuesday speech: “To all houses of worship and to all people of faith, stripped of our religious freedoms and religious liberties, my father will fight for you.” She also said her father had reduced drug prices through an executive order, whose text was supposed to have gone into effect this week but doesn’t appear to have ever been released.

Similarly, former acting spy chief Richard Grenell declared on Wednesday that for “those who seek freedom” and “take tremendous personal risks,” the Trump Administration will support them. Grenell cited Hong Kong, Tehran and Minsk, but left out Russia, where Putin’s rival was poisoned, and Mexico, where asylum seekers are still trying to find freedom in the United States. Grenell, also a former Ambassador to Germany, defended nationalism in his remarks, and said it’s no insult when people call Trump a nationalist.

Despite this week marking the two-year anniversary of Sen. John McCain’s death, it drew no mention among the Republicans’ official program. The lifelong Republican and 2008 GOP nominee had more time in memorial at the Democrats’ convention last week. Sen. Martha McSally, who was appointed to fill the balance of McCain’s term and is running for her first full term this fall, didn’t utter his name once in her remarks on Wednesday. In turn, The next morning, more than 100 alumni of McCain’s 2008 campaign announced their support for Biden. They join scores of former aides to George W. Bush and Mitt Romney in doing so.

To be sure, there was plenty of traditional Republican imagery and ideology on display: gauzy shots of rural America and promises of “freedom, prosperity and economic growth,” as Sen. Joni Ernst of Iowa said while in a plaid shirt while standing in what appeared to be a barn.

But it’s Trumpism that will define Republicans’ core ideology on this final day of the convention. So far, only one speaker has articulated the strange place where the party has found itself. In a June primary, Madison Cawthorn elbowed his way past a Trump-selected primary candidate in North Carolina, and made his way onto the stage Wednesday night. If elected, as is expected in the deep Red district, the 25-year-old would be the youngest member of Congress elected in more than 200 years.

And he seems to grasp the challenge ahead in his political career in the Republican Party. “We are committed to building a new town square. It welcomes all ideas and people. Here, we will have freedom of speech, not freedom from speech,” he said on Wednesday. “To liberals, let’s have a conversation. Be a true liberal, listen to other ideas and let the best ones prevail. To conservatives, let’s define what we support and win the argument in areas like health care and the environment.”

Let’s see what that plays out inside the circus tent of Trump’s Republican Party once its tentpole leader is gone.