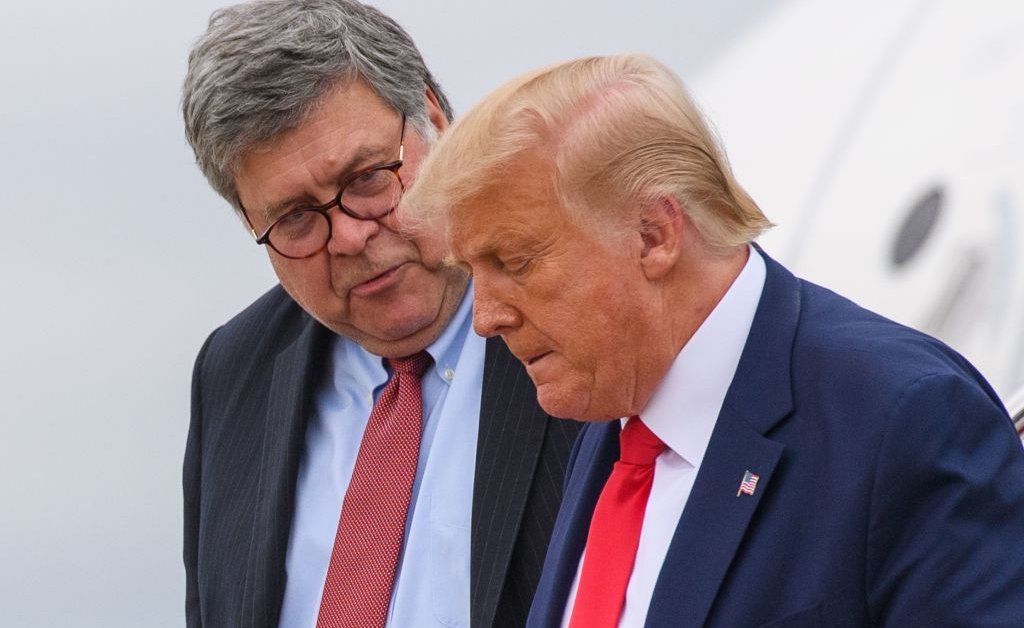 (NEW YORK) — A federal appeals court Tuesday granted President Donald Trump a temporary reprieve in the long-running fight over his tax returns, barring Manhattan’s top prosecutor from getting the records while Trump’s lawyers embark on another bid to overturn the subpoena seeking them.

With a temporary stay in place and Trump expecting a return to the Supreme Court, it’s unlikely that the case will be resolved or any tax returns will be turned over before the November election. The three-judge panel ruled after hearing brief arguments from both sides.

Trump’s lawyers argued that a stay keeping the tax returns under wraps will protect him from irreparable harm — such as leaks from secret grand jury proceedings — while they appeal a lower-court ruling two weeks ago that granted Manhattan District Attorney Cyrus Vance Jr.’s office access to Trump’s tax returns.

A lawyer for Vance’s office argued that further delays to the enforcement of a subpoena issued nearly a year ago would only hamper their investigation, which he said covers a wide range of business dealings connected to Trump’s company, the Trump Organization.

One of the three judges on the panel, John M. Walker Jr., said that the subpoenas cover 11 entities engaged in business dealings as far away as Europe and Dubai.

“The question at this juncture is quite simple but also quite important,” Trump lawyer William Consovoy argued at the hearing. “Will the president be given an opportunity to appeal that ruling before his personal records are disclosed to the grand jury and the status quo is irrevocably changed?”

Trump lawyer Jay Sekulow said they were pleased with the ruling. A message seeking comment was left with Vance’s spokesperson.

Trump’s lawyers appealed to the 2nd U.S. Circuit Court of Appeals last month after a district court judge rejected their renewed efforts to invalidate a subpoena issued to his accounting firm. A hearing on the merits of the appeal is scheduled for Sept. 25.

With Trump’s side certain to appeal an unfavorable ruling, “Vance is unlikely to see the records soon,” University of Richmond law school professor Carl Tobias said.

The Supreme Court ruled in July that the presidency in and of itself doesn’t shield Trump from Vance’s investigation, but the high court returned the case to U.S. District Judge Victor Marrero’s courtroom to allow Trump’s lawyers to raise other concerns about the subpoena.

At that stage, Trump’s lawyers argued that the subpoena was issued in bad faith, overly broad, might have been politically motivated and amounted to harassment. Marrero rejected those claims. Consovoy told the judges Tuesday that he thought the investigation was an “arbitrary fishing expedition.”

Trump has blasted the quest for his financial records as a “continuation of the most disgusting witch hunt in the history of our country.”

Carey Dunne, of the district attorney’s office, said Trump and his lawyers have long misrepresented the scope of the investigation as focusing primarily on hush money payments paid to protect Trump from adultery allegations before the 2016 election. Vance’s lawyers have said they are legally entitled to extensive records to aid a “complex financial investigation.”

Even if Vance does get Trump’s tax records, those would be part of a confidential grand jury investigation and not automatically be made public.

Vance, a Democrat, began seeking the Republican president’s tax returns from his longtime accounting firm over a year ago, after Trump’s former personal lawyer Michael Cohen told Congress that the president had misled tax officials, insurers and business associates about the value of his assets.

Congress is also pursuing Trump’s financial records, though the Supreme Court last month kept a hold on the banking and other documents that Congress has been seeking and returned the case to a lower court.

Trump is the only modern president who has refused to release his tax returns. Before he was elected, he had promised to do so.