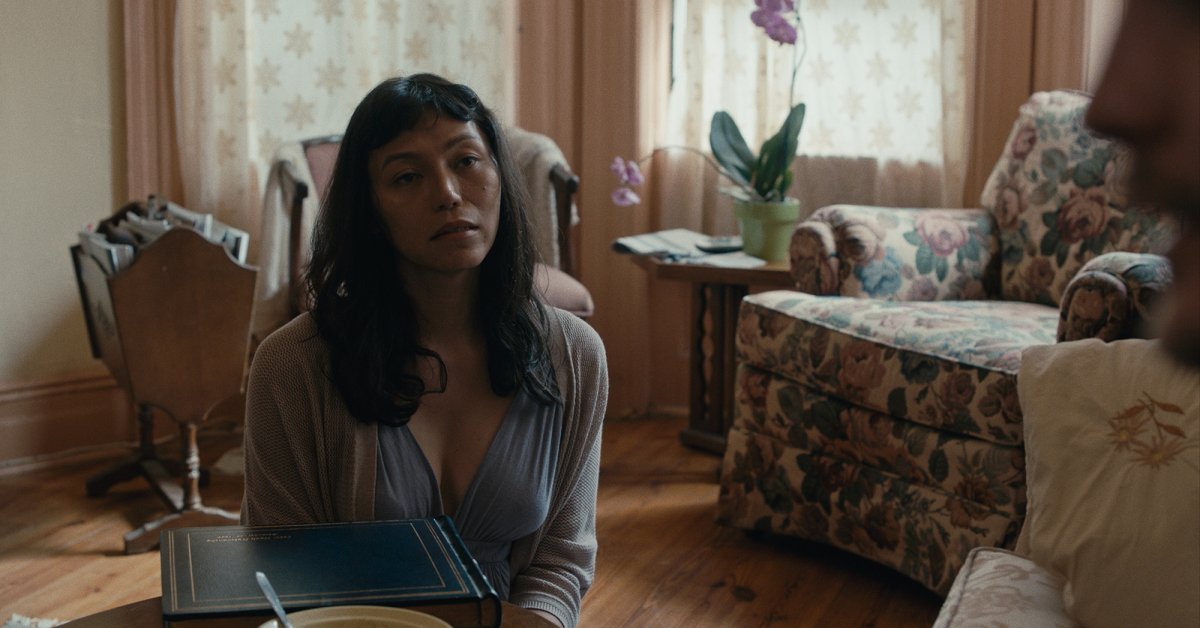 Sometimes a movie works because, in the first few minutes of watching, you realize you want the best for a character—you’ll settle for nothing less. That’s the allure of Lingua Franca, the third film from writer-director Isabel Sandoval (released through Ava DuVernay’s ARRAY Releasing and available to stream on Netflix on Aug. 26): Sandoval stars as Olivia, an undocumented Filipina working as a live-in caretaker for the elderly, if still peppery, Olga (the late Lynn Cohen), in Brooklyn’s Brighton Beach. Olivia is also a trans woman, which adds layers of complexity to her life. In the wake of Trump’s hardcore anti-immigrant proclamations, she’s desperate to marry a U.S. citizen so she can obtain a green card.

Olivia’s mission is a practical one; she’s not looking for love. Then Olga’s irresponsible—though perhaps not irredeemable—grandson, Alex (Eamon Farren), moves in, igniting sparks. Olivia’s caution in the face of romantic danger and her anxiety over being deported become the twin poles of her life—even as her mother frequently calls from home, looking for the allowance that Olivia so dutifully sends.

Lingua Franca—which made a splash at the Venice Film Festival last year, the first film by a trans woman to be featured at the festival—is a gorgeous and delicate picture, an understated work that opens a window on an intimate world. Shot by Isaac Banks, it captures the lived-in luster of greater New York City’s older, not-so-rapidly gentrifying neighborhoods. Olivia is a relative newcomer to this world, easing warily into its landscape. Yet as Sandoval plays her, she’s an old soul who already belongs—she radiates luminous warmth. If Olivia has fought hard just to become herself, there’s nothing callused about her spirit. She seeks tenderness and security in an environment that dangles those things just out of her grasp. She’s asking for so little; it’s enough to make you want to give her the world.