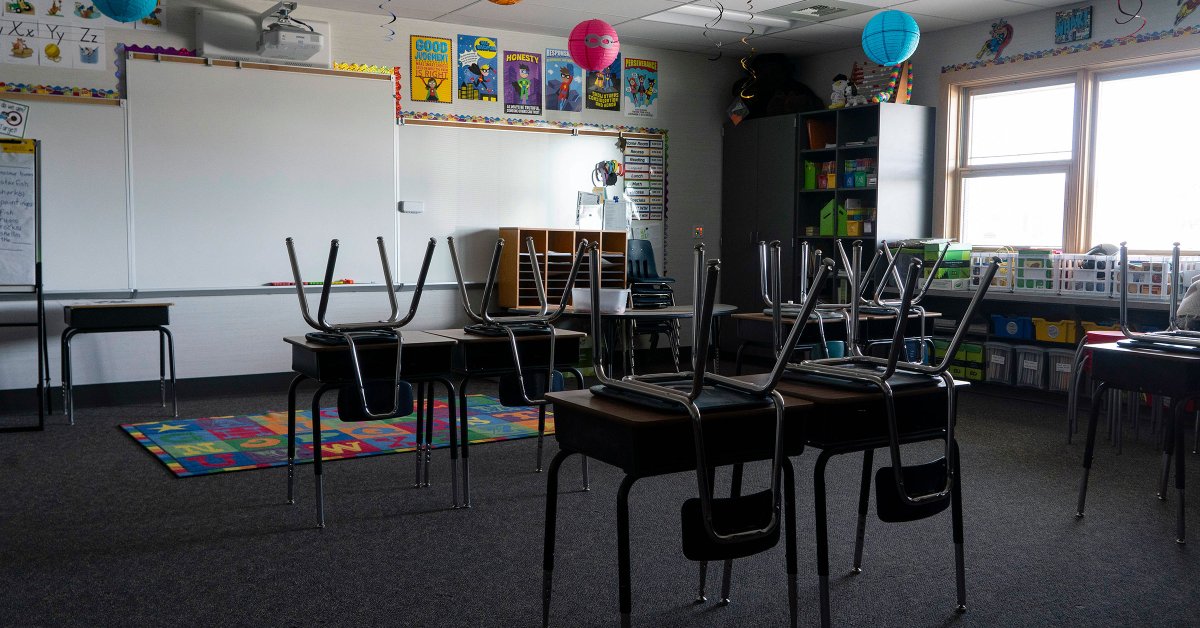 There are no easy answers to the questions about bringing kids back into classrooms this fall. Parents, school administrators and educators must instead weigh two bad options: isolate children at home or risk them getting and spreading COVID-19 through in-person contact.

That decision is daunting even for infectious disease experts and epidemiologists. Over the last few months, they have been forced to think about the pandemic not only as scientists and scholars, but as parents, and despite their wealth of knowledge, like any parents, these experts are grappling with uncertainty. There are ways to limit the spread of the COVID-19, including masks and ventilation, but there is no way to guarantee zero risk of disease transmission in schools. At the same time, remote learning can exact its own toll, setting back children’s mental health, academic achievement, and social development, and leaving their parents exhausted and demoralized.

In interviews with TIME, 10 experts explained how they’re trying to strike a delicate balance: between their children’s academic and emotional needs; the risk to their communities; keeping their children and their families safe from the virus; and trying to preserve their own sanity and careers.

Barocas’s 7-year-old son and 3-and-a-half-year-old daughter are enrolled in second grade and preschool, respectively, at Boston public schools. The school year at Boston public schools has been delayed until Sept. 21, and, initially, all learning will be remote; the school district will then phase in a hybrid model combining in-person and remote classes starting in October. Barocas plans to start sending his children to school in-person as soon as it’s available—so long as the positivity rate in their neighborhood does not start to rise.

“We can only control what we can control. I don’t have some magic wand that can make the school district do everything that I want them to do. So can my kids protect themselves? As an infectious disease physician who’s been dealing with COVID since the very beginning, my kids have learned how to wear a mask properly and even though it’s uncomfortable, they do it. And it was something they have made a habit of. They’ve also been doing a lot of hand-washing, and they have been sort of taught and reinforced that at this point, we need to give people space … In all of those discussions, we made it clear that this was not just to protect themselves, but to protect other people as well.”

While her local school district was offering a hybrid option, Smith decided that her 6-year-old son, a first grader in Kent, Ohio’s school district, will attend all-remote classes. Meanwhile, her 18-year-old son was slated to attend Kent State this fall, which is offering mainly remote courses, but has decided to delay starting college because he found it difficult to learn remotely.

“I feel that transmission is too high here. We don’t have it under control. We still don’t have enough testing, and I just did not feel comfortable sending [my younger son] back to school in person … I thought since we had the ability to school him [at home], that for other parents that don’t have that option, this would be one less child that was in the classroom, and give them a little bit more space.”

Powers’ three children ages 11, 9, and 5, will be remotely attending sixth grade, fourth grade and kindergarten, respectively, at a charter school in Hillsborough, N.C., which has gone all remote at least through mid-October. She had been involved with the school’s planning for the fall, and had initially advocated for the school to have in-person classes for students in kindergarten through fourth grade, but ended up agreeing with the school’s decision due to the increased level of community spread in North Carolina in recent months.

“I do think ultimately the decision to hold off on reopening was a prudent one, at least from a transmission-prevention standpoint. But obviously, there are so many negative repercussions outside of just the coronavirus to consider when choosing what to do. It’s hard to feel great about any option they could have selected.”

Dr. Alison Rustagi—resident physician at the University of California, San Francisco Medical Center who has a Ph.D. in epidemiology

For the coming school year, the San Francisco Unified School District plans to employ only distance learning, so Rustagi’s 7-year-old daughter, a second grader, will be learning from home; the family plans to hire a nanny to help out. Rustagi originally planned to send her other daughter, a 2-year-old, to a private preschool, but ultimately decided that the risk and financial expense was too great.

“In a community in which there’s ongoing, widespread, sustained community transmission, I think that the burden generally has to be on proving that it is safe to return to school, rather than proving it’s unsafe to resume school.”

Dr. Sarah Doernberg—associate professor in the Division of Infectious Diseases at the University of California, San Francisco Medical Center

Doernberg’s 6-year-old and 8-year-old, like Rustagi’s children, are in the San Francisco Unified School District, which has gone all-remote. But in their case, both will attend an “on-site learning camp” with counselors provided by UCSF, where they will gather with small groups of other children in-person; these small groups, in turn, will connect remotely with others in their grade level for online learning.

“To be honest, I would have felt comfortable sending my kids back now with having kids spaced apart, enforcing mask wearing, and if they could educate—as much as possible—outdoors … I think there’s risk in everything we do in life, and there’s some risk to sending them to school during the pandemic, but I think the potential benefits for getting kids back to school are really great.”

Lisa Bodnar—professor of epidemiology at the University of Pittsburgh

Bodnar’s three children attend fourth, seventh and 10th grade in the Mount Lebanon School District near Pittsburgh, which will begin the school year all-remote. She says distance learning this past spring “was not a good learning experience” for her children, but feels encouraged by the schools’ efforts to add more structure to the digital school day this fall.

“I’m much more hopeful that the kids will have a better experience learning, that it will be closer to what it could be in school. I know that they will be safer. I am not fully convinced that all of their needs will be met.”

Jamie Lloyd-Smith—professor of ecology and evolutionary biology at the University of California, Los Angeles professor

Lloyd-Smith’s son, 4, and daughter, 6, both go to a school in Santa Monica that has gone all remote. His son would normally be in preschool; instead, he will be in a “pod” with two other children, led by an assistant teacher. The pod will meet outdoors (with masks on) for three hours every morning. His daughter will be doing some play and some academic work with three other children and a teacher several afternoons a week in-person in the families’ backyards, in addition to remote learning.

“As a parent, even though I understand that the risk to younger children from COVID is quite low, there are exceptions to that. And so as a parent, of course, that’s always on your mind. You don’t want to put your child at risk, even if it’s a low risk.”

Albrecht’s 5-year-old daughter will be attending kindergarten in Queens; her school is using a hybrid model, in which the class is split into two groups, and each goes into the classroom two or three days each week on an alternating basis. She says that with the low rate of community transmission in New York City, combined with her daughter’s needs and the precautions at her school—including masking for everyone—she feels “quite comfortable” sending her to school.

“For my daughter, it was hands down. It wasn’t even a debate, actually. We selected the hybrid model, and to be honest, if the five day in-person model was available, we would have selected that … A lot of the learning happens in terms of interaction. There’s a lot of socio, emotional type of learning that happens at that age. And it’s just very difficult to deliver that kind of education through remote outlets.”

Robinson has kept her sons, 18 months and 5 years old, in daycare through most of the COVID-19 outbreak. Her older son is attending kindergarten in the Chapel Hill-Carrboro City school district, which has gone all-remote through January; during that time frame, he’ll still be attending in-person daycare, while also taking remote classes provided by the public-school kindergarten.

“I was more concerned about … posing a danger to these teachers versus a danger to my children. I decided that given the restrictions they’ve put in [at his school], they’re following all the state mandates and being pretty careful, I felt comfortable with it. But I’ve also made decisions that we’re not seeing other family members, that we ourselves are not socializing with other people outside the school unless it’s masked or outside, distanced. Because we want to make sure we don’t become a vector of transmission for people in the school.”

Oren’s sons, ages 12 and 9, are entering sixth and fourth grade, respectively, in the San Diego Unified School District, which plans to be all-remote initially, but is discussing shifting to a hybrid model later on. He says that he would consider sending his children to in-person classes, but will weigh in many different factors—including his sons’ differing personalities and whether there will be distance between children, and if they will spend substantial time outside. Parents must “look out for their own family” and make their own decisions given all the uncertainty, says Oren.

“I need to be convinced by my very particular school and teacher and so on that they know what they’re doing. That for me is important. Not just the broader district saying, ‘here’s what we’re doing.’”